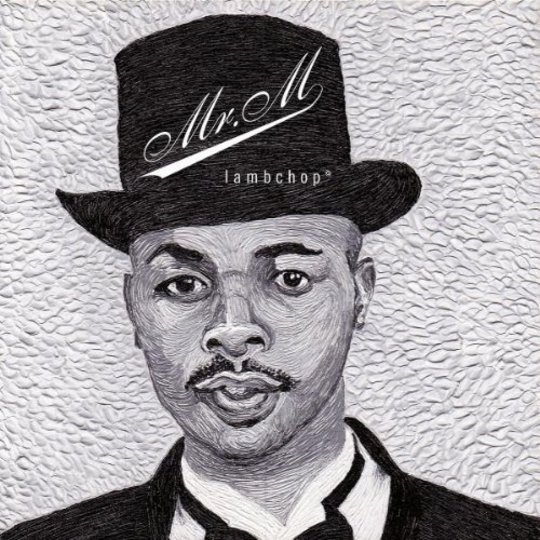 In the more tedious second half of a gig at Manchester’s Bridgewater Hall in 2002, Lambchop frontman Kurt Wagner finally snapped. A normally mild-mannered gent, he had grown tired of punters shouting out requests for songs from Nixon, the band’s classic breakthrough album from 2000, not stuff from its lacklustre successor Is A Woman, which the Nashville group were in town to promote.

“Play some old stuff, your new stuff’s shit” shouted one frustrated fan. “What, like something from the 1700s? Some of those fugues are pretty cool,” replied Wagner with quick wit.

And here we are ten years on, still wondering if Lambchop have recaptured the soulful, string-drenched southern gothic Americana of Nixon, or have simply gone further down the path of quiet, insular reflection. Can new record Mr. M beat the cycle?

These 11 songs, inspired by the recent death of Wagner’s friend, alt-country hero Vic Chestnutt, are melancholic, slow and seriously sad. Where there was once a joyful marriage of Seventies soul and Nashville Americana, there is a dense and intricate meal of whispering lounge folk to chow down on. Wagner himself describes the record as having a “psycha-Sinatra” sound, “one that involved the arranging of strings and other sounds in a more open and yet complex way.”

You can almost see what he means. The closing strains of ‘Gone Tomorrow’ fall into free-flowing jazzy waterfalls of strings and piano, reminding us of the band's expansive, experimental side. But elsewhere, tracks such as ‘Nice Without Mercy’ seem to be an exercise in investigating how morose music can get before the performers stop to weep uncontrollably.

The instrumental ‘Gar’ is softly charming, but glides by without making a mark. ‘Mr Met’ briefly soars past the general malaise with some gorgeous female vocals. But the pace never advances beyond a lazy mid-tempo shuffle and Wagner’s whooping falsetto of old is a distant memory.

And yet – and yet - somehow the overall effect isn’t totally unappealing. Lambchop fans, grown accustomed to the charming reserved timbre of the band’s recent albums should enjoy this. This is therapeutically sombre music, with shards of hope breaking through the dark clouds. Wagner’s words are touching and his observant, almost cinematic reading of the world around him is still his best lyrical weapon. “I've never been in love before, and I needed nothing, nothing more, than to be with you”, he sings on 'Never My Love';“The wine tasted like sunshine in a basement”, on 'Gone Tomorrow<'.

It’s hard to believe this is the same band that reached such brassy soulful heights a decade ago. In fairness, a lot of this is to do with economics. As Wagner tells The Guardian, the band is now only five or six strong – making the vast multi-section line-ups of 2000/1 impossible. He pays $12,000 (£7,500) a year in health insurance and it’s safe to say being in Lambchop isn’t a particularly lucrative occupation.

Some good musicianship and some heartful songs don’t make this an easy journey. Mr M is an honest but tough old ride.

Where It Hits You