The Very Last Of The Saints 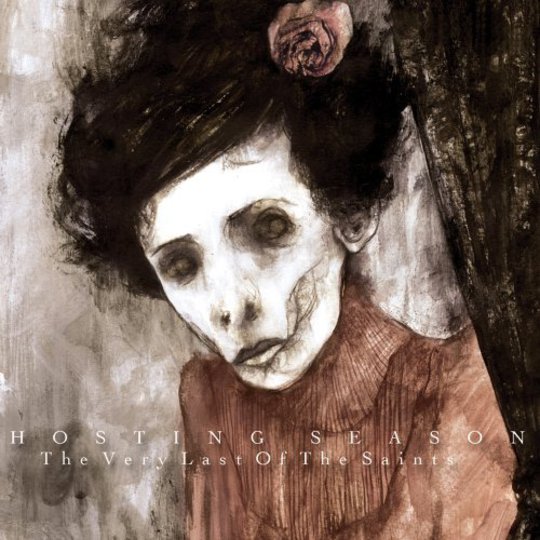 In music, context is key. Every album, song and man-made sound has the potential to be better understood in the right environment, under the right circumstances. This doesn’t just apply to that snooty sort of music composed for a specific location – in most cases the variables that dictate a listener’s enjoyment are far more subtle. It’s the innate understanding that The Velvet Underground & Nico is a great album, but not one you’d necessarily have on when your nana comes round for tea. It’s realising that a funeral soundtracked by Arcade Fire’s Funeral would become a pretty strange service by the time you get to ‘Neighbourhood #3 (Power Out)’. It’s appreciating that The New Brigade by Iceage isn’t the best album to have on during half-time at a Premiership football match – although that would be kind of amazing.

You’ve probably worked out where we’re going here. Ghosting Season (who you might also know as worriedaboutsatan) aren’t the type of act you listen to in the car during rush hour, as horns blare and engines rev. Nor are they one to listen to on a bright, slightly overcast, bank holiday Monday afternoon (where we find ourselves putting the finishing touches to this review). In terms of their live show, the eureka moment for me came at around 11.30pm on a Saturday night, at a roller disco in Sheffield. Seeing Gavin Miller and Thomas Ragsdale pound seven shades of shit out of a drum machine, building towering electronic anthems out of ambience and atmospherics while dozens of DiSers skate round and round and round and round and… It just made sense.

But The Very Last Of The Saints, Ghosting Season’s debut album, is a far less visceral experience and it depends on an entirely different set of circumstances. Only ‘Time Without Question’ sounds like the sort of track you could lose your shit to on roller skates, with its relentless metronomic buzz reverberating in your ear and its wispy, bleepy flourishes.

Your eureka moment with the album comes when you immerse yourself in it – it’s a late night, lights off, eyes closed, headphones on sort of record. Only then will you notice the Morse code melodies of ‘Far End Of The Graveyard’ bouncing around your brain, and feel how sad it is to hear them almost swallowed whole by an encroaching, menacingly low string sample. And yet that’s nothing compared to the way ‘Follow Your Eyes’ lets piano chords pour out like teardrops landing in pools of cold water.

That’s not to say this kind of slick, intellectual electronica is in a league of its own – many of the genre’s hallmarks are present and when you hear a disembodied voice mutter, “I was, er, having a pretty rough time in my life,” a couple of minutes into ‘Lie/Through Your Teeth’, your internal cliché klaxon starts to sound in response to the spoken word sample that’s started playing. You almost start to think that Ghosting Season aren’t so special after all – that soundtracking a grim drug overdose in Hollyoaks might be all this track is good for – when along comes a killer line to convince you otherwise: “As I was gouging out his eye with my thumb, his flesh was already dead, and so I couldn’t hurt him,” that disembodied voice laughs. It’s moments like that, and the cleverly placed cello in ‘A Muffled Sound Of Voices’, which prick you like an injection of something warm and sticky, which somehow helps to keep your blood flowing during those cold, lonely nights in the city that this album was made for.

That this album can only provoke that kind of an emotional response in such specific circumstances is both its greatest strength and its greatest weakness. The Very Last Of The Saints is not one for everyday listening – you might only return to it when you’re alone at 3am, and even then its impact might well be determined by your mood at the time. Nonetheless, it is an album with overwhelming potential, which often aches with sadness, but which is ultimately uplifting, and sometimes that’s just what you need to make it through the night.

Neck of the Woods