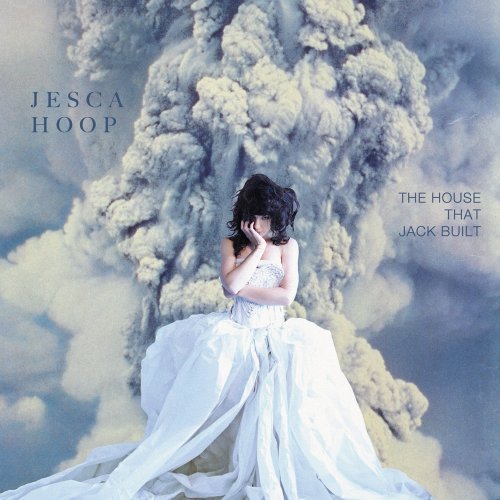 Listen to The House That Jack Built a few times, and you won’t care whose nappies Jesca Hoop has changed.»

'the house that jack built' deftly showcases its author's unflinching tendency to pull focus from widescreen to close-up. part siren song, part grim warning, it achieves a perspective-warping balance between the haunting intimacy of hoop's delivery and an unconfined air of horizon-scanning grandeur from the outset - tempestuous, moodily melodic opener 'born to' shares this striking duality with later highlights 'when i'm asleep', 'peacemaker' and 'deeper devastation'. it arrives with more than a few splashes on its hands. life and death; light and dark; sex and war; head and heart: 'the house that jack built' offers up as much in celebration of the macabre as it does in mistrust of the familiar, with a twist of humour. it's steeped in an allusion to biology, nature and humanity, but drops precious few clues as to whether its next rush of imagery is set to beguile or repel. the follow up to 2009's universally critically acclaimed 'hunting my dress', the new recording is a co-production between jesca hoop and three other producers - "a drop of blood in the can from each of us rendered a more radical sound" says hoop - and this visceral album will open a whole new world of listeners to jesca's music. returning to tony berg's zeitgeist studio in los angeles, where she recorded 'hunting my dress', jesca enlisted old friends shawn everett, blake mills and tony berg himself as her co-producers. says hoop, "what a combination of minds, these three men and me. it was a real balancing act with tensions pulling toward one or the other. striking that balance was the ticket to some of the most elevated moments in my musical collaborations to date." admitting that writing the record was an often an insular, isolating experience - "i spent days and days without leaving the house and having zero contact with others" hoop found herself exploring topics as diverse as greek tragedies ('peacemaker'), street artist banksy ('ode to banksy') and her often turbulent relationship with her father ('dnr' and the album's title track).
description from www.roughtrade.com