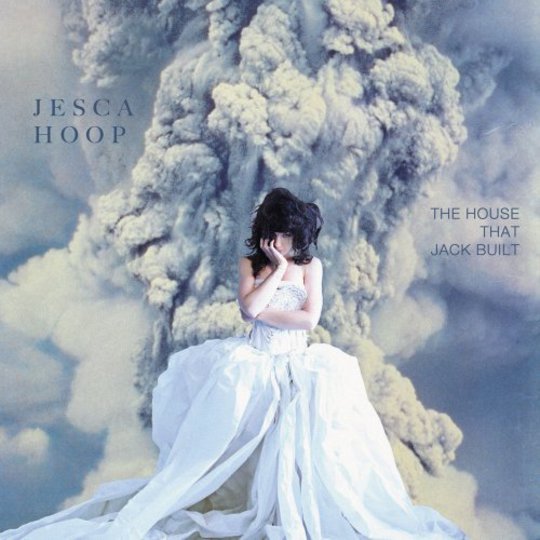 For a while, it was quite easy to know a lot about Jesca Hoop without knowing any of her music – coming to our attention via Guy Garvey’s fervent praise, the Californian arrived on British shores from the unlikely previous position as nanny to Tom Waits’ children. That these two (admittedly very impressive) references are still the most popular stories anyone can tell you about the young singer-songwriter suggests that while her two previous albums have shown promise, they’ve yet to yield any truly sparkling jewels.

If Hoop had arrived in the UK with The House That Jack Built under her arm, it might be a very different story. It’s certainly the most arresting record that she’s made, created with three separate producers in LA, and sprinkled with some genuinely infectious adult pop. That’s not to say that Hoop has given up on being the next PJ Harvey in favour of chasing Ladyhawke’s wonky pop crown – there’s plenty of earthier material here – it is a record partly inspired by the death of Hoop’s father. It’s more the fact that everything seems to have been given that extra bit of polish that makes it stand out.

The best examples of this are sat next to each other near the start of the record. ‘Hospital’ must be the most immediate, poppy track Hoop has ever written, the story of a child enjoying the celebrity status and extra attention her broken arm receives. Told over a tick-tock beat and bursting into a radio-shattering chorus of "There’s nothing like a broken arm/To win your love" with a swaggering confidence, if you were told it was a lost Cyndi Lauper classic from the Eighties you wouldn’t be surprised.

It’s followed by the album’s title track, which strips back these layers of sheen to reveal just a single bluesy guitar, pirouetting gently through a stark tale of family loss and the jumble of feelings it can provoke, all "Purple Hearts/And racing cars/And the words for her you wrote". Here, Hoop sounds closer to Jeff Buckley than any of her female contemporaries, producing one of those songs that seems to make time stand still.

Elsewhere, Hoop continues to show a changeable side to her nature, surging and anthemic on single ‘Born To’, lusty on ‘Peacemaker’, playful (and a little bit annoying) on ‘Ode To Banksy’. She’s Laura Marling on ‘D.N.R’, then Bat For Lashes meets Twin Peaks on ‘Deeper Devastation.’ Sometimes such changeability can be frustrating in a record, and it can initially make The House That Jack Built a great collection of songs rather than a collective piece of work.

However, Hoop’s voice, which can swoop from whisper to howl in the blink of an eye, and her lyrical preoccupation with the darker thoughts that can lie just below the surface help to tie the whole thing together. Working with three different producers, and blocking herself off from the rest of the world to write the songs, seems to have done the job for Jesca Hoop. Listen to The House That Jack Built a few times, and you won’t care whose nappies she’s changed.