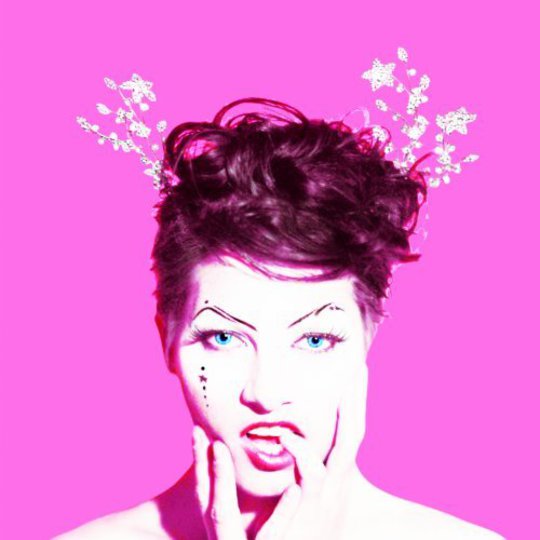 Well. Shoot me for the faithless dog I am, because I wasn’t convinced that she could top Who Killed Amanda Palmer? but she’s gone and done it with headroom to spare. With Theatre Is Evil, Amanda Palmer unambiguously announces herself as a major artist beginning to flex abilities that could, if she wishes, propel her angry, sad, funny, compassionate muse right into the fatty heart of the mainstream. The new album is a Technicolor tour de force of symphonic, stagey pop, bristling with hooks and more than enough confidence to stare down any naysayers. Where her debut only really embraced 'rock music' on ‘Guitar Hero’ – which doesn’t count because the form’s so explicitly enslaved to the content and sporting comedy inverted commas – around two thirds of Theatre Is Evil’s songs are bolted to the chassis of a loud, poppy guitar band, bringing inescapably to the fore Palmer’s gift for killer-catchy melodies and stratospheric contrapuntal arrangements.

Arguably this diminishes the impact of her lyrics somewhat. As with Who Killed…? the sequence of songs (here there are two, divided by a gloriously silly intermission) seems to mirror the cycle of a relationship, but here the water is a little murkier as she widens her net to take in relationships other than romantic, and loss and death and fish and stuff. There’s also a parallel strand alluding to paid employment in the entertainment sector, perhaps inevitably given her running battles with former label Roadrunner and rake-in with Kickstarter.

So with the album as a whole, or rather two halves, it’s harder to define (divine?) what Palmer is 'saying'. But let’s be clear that this is a piffling criticism: Amanda Fucking Palmer is without doubt one of the boldest, most original lyricists pop music has produced, able to move seamlessly from brain surgery precision to one-size-kills-all daisycutter annihilation in a handful of syllables. If she wants to do an album where she doesn’t put our hearts through the mangle on every single fucking track I’m not complaining. I wouldn’t dare. And besides, there’s plenty of mangling to be had here.

Theatre Is Evil sounds MASSIVE, best exemplified by the opener ‘Smile (Pictures Or It Didn’t Happen)’, which begins like My Bloody Valentine artificially inseminating Brian Wilson and Van Dyke Parks in an aircraft hangar and then gets really ambitious, finding ways to crank itself up a notch previously unknown to human science, except possibly that employed by Ultrasound in some of their more apocalyptic moments. ‘The Killing Type’, up next, is to PJ Harvey’s Dry as is the ceiling of the Sistine Chapel to a line drawing of some cherubs. They’re astonishing tracks both.

But it’s with the single ‘Do It With A Rockstar’ that the album finds its métier in a bouncy, widescreen, new-wavey pop-rock that Palmer’s pianocentric Weimar sensibilities ensure is always closer to Sparks than to No Doubt or the also-ran likes of Marina Diamandis. This idiom is explored through the subtly heartbreaking ‘Want It Back’ and revisited throughout the album: today, my favourite example of the form is ‘Melody Dean’ but every example sounds like a single to me, possibly because having been 12 in 1978 gives a boy unreasonably optimistic ideas about what can and cannot be pop music, but possibly because Palmer is congenitally incapable of delivering filler.

With a record this consistent – and like its predecessor so imposingly bookended – it’s probably silly to talk about 'centrepieces'. But it’d be sillier still not to mention the saddest – maybe also the angriest and most compassionate – song of each Act. ‘The Bed Song’ is ‘Ampersand’ reprised as a Christmas Carol-type time-triptych, lyrically and musically snowflake-perfect even by Palmer’s exacting standards. And then there’s ‘Grown Man Cry’, wherein our heroine comes reluctantly to the realisation that a friendship is dead atop a clipped backing of airbrushed mid-Eighties AOR, all diminished chords and chorus pedals. As with everything here, if there’s an element of parody in the form (and this being Palmer it’s hard to imagine there’s not) the music itself is so thrillingly executed that you’re swept along anyway. No ephemeral Album Of The Year, this beastie. Will still be picking up admirers in 30, 40 years’ time. Palmer too, probably, lol etc.