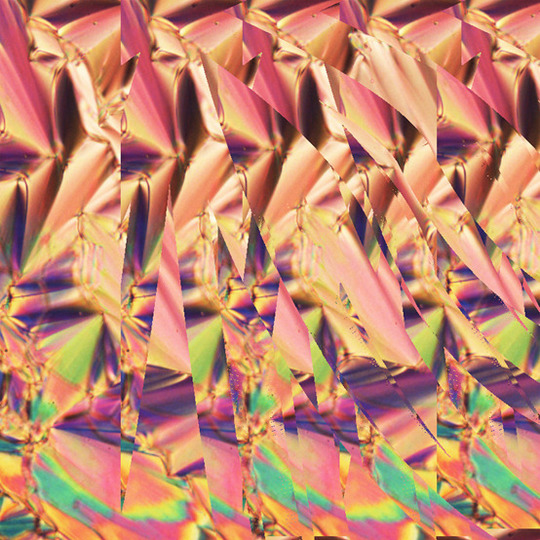 ….and what’s the point of this vague list with the broadest of broad brushstrokes about the history of music? Well, when you think about it, amongst all of the shifts in sound that have happened since the birth of recorded music, the technological evolution now seems to have halted a little. You could even go as far as blaming technology for holding music back, and putting us into this regressive pattern of retromania, where it's hard to discern what the sound of this era really is. You can plot the points when creativity in music erupted, because of the possibilities that an instrument allowed. You can see the moments when the acoustic guitar, the electrified guitar, the 8-track, the mixer, the synth, the sampler, the consumption of music on headphones, the computer and the consumption of music via broadband all made their mark, and you can see the subsequent explosion of activity when the adoption of an invention suddenly removed a parameter and made new things possible.

Currently, when you record music, you’re essentially setting it in stone. Sure, there are re-recordings, re-masters and remixes (some even done on-the-hoof by DJs), but that’s sort of it. For all the sophistication of song-writing and sharing emotions and getting people to dance, we’re still just playing with silence and then locking it in box, and copying it onto other formats. Essentially, re-recording and re-mastering is sort of like taking another photo and a remix is more like photoshopping, it all seems quite stationary when you compare a photo to say, a computer game. When you compare recorded music to a game, it seems similarly rigid: more like Pong than Monkey Island, which in itself seems kind of quaint compared to MMORPGs (massively multiplayer online role-playing game) like World of Warcraft. Like a letter compared to a Skype video call. Or perhaps it didn’t seem this trapped until the first time I experienced The Bronze Format.

BRONZE is a new way for music to exist, in which the recorded material is transfigured, generating a unique version on each listening. The first piece of music available in BRONZE is Tender Metal by Gwilym Gold which is available now for iPad, iPhone and iPod

Music in BRONZE is in constant motion, enabling a more engaging listening experience. Similar in some ways to a live performance. BRONZE is not intended to replace current listening formats such as MP3's or CD's. It is intended to begin a new creative process where the composition and production of a musical piece no longer requires the final work to exist in a static form.

What does that actually mean? Hitting play, listening, hitting play again and again, and it’s a glimpse of one potential future. This isn't a game of spot the difference, and the songs aren't massive bangers one minute and barely there Witch-haus the next time around. Instead, imagine that every time you click play you're sort of downloading a 7-inch with slight but unique imperfections to your future-phone. Or think of it as being like someone doing a subtle remix every single time you hit play. Now, consider that two humans who’ve crafted and captured these sounds, have worked out, using a sort of trigonometry where a mix could go and how a song could start, and then programming an algorithm that does this, on-the-hoof, sort of like a DJ. It's different every time, and there are an infinite amount of possibilities as to how a song can end up! It’s more than just flipping the bass up and down and twiddling some EQ knobs, the songs themselves begin differently, sometimes coming in as a sprawling piece of misty ambient music, while at other times it’s more opening scene from The Social Network.

This isn’t a game. Bronze doesn’t react to you prodding it. It doesn’t crank up the volume or the BPM because of the noise around you. It doesn’t know your Geo-location and react to a Google map. It doesn’t look at your last.fm and think ‘this guy just listened to three songs in D-minor, let’s give him another one’ but maybe it could wrap around you, giving you what you like. One day it might do all of this and more... It may seem like an ashtray on a motorbike, and yes, it might be a MiniDisc-esque misadventure. Of course not all progress is good and right and proper. Bronze might not be the future of music (we’ll leave Amanda Palmer to make dickhead proclamations like that) (ABOUT HERSELF!), but it might just be just be the start of something. It could be like a Furby inspiring The Sims. However, there’s a chance that this is the start of a new era of ‘recorded’ music.

On first few listens, the landmark format itself overshadows the music. How brazen to not just make a debut album, but sling it out into the world in a way that takes a few sentences to explain and weeks/months/years to unravel what it might actually 'mean'. Who’s assured enough that their music will be consumed and considered when there’s a ‘gimmick’ involved? A brave, inspired and truly talented young man, that’s who. It would be a real shame if the music was lost in all the talk of the future, because Gwilym Gold is every bit as exceptional as the Bronze app-concept he’s co-developed with producer Lexxx.

He was once in the Radio1-championed Golden Silvers, but he’s left the post-electro pop-glow for something that lingers in the shadows with The xx. Rather than being purely some disciple of Burial, you can hear elements of Beck’s Mutations and the fading embers of a love affair with Bjork and The Cure’s gentler moments. There’s a mythical boy down a well feel to much of Gwilym’s approach, especially within the collage of imagery of that are the lyrics. The Bronze format and the production only serves the music, and add to the grace, awe and wonder which pours from my speakers and headphones. It’s a drift in and out sort of album, that ebbs and crests and fades and coalesces and teeters off again. It never reaches out at your directly, instead choosing to haunt you (in more of a Casper the Friendly Ghost sort of way, this ain't no death metal record).

Sure, he could have gone further and unchained the melodies and let the lyrics sprawl into each other like some kaleidoscope of Dylan-isms. And yes, he could have just recorded this in a old normal fashion, committing it to tape for forevermore, but the fact that this wouldn’t have been enough, should be saluted. Add to that, that the record leaves me with windows of possibility constantly opening and closing in my mind, well I have nothing else to say but welcome to the future, sorry for the delay and Gwilym, thank you and bravo.

P.S. Can anyone develop an app that makes this review change slightly every time you refresh? And that perhaps updates itself as history unfolds?