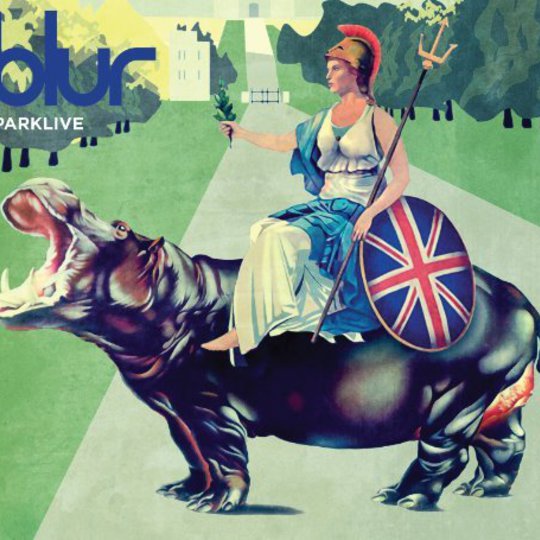 From the outset, some bands – the most talented ones, at least – have a choice. They can focus on creating Serious Art, which may not bring them much financial reward or mainstream success, but offers the twin-engine promise of looking cool to Real Music Lovers and not appearing to have sold out by appealing to the masses. Or they can try – as Alex James often asserted in days past – to be the ‘best band in the world’.

A quick stroll through Blur 21, the career-spanning boxset released earlier this year, shows that the Essex quartet had such a choice. For all the tabloid-friendly carry on of Parklife and (even more so) The Great Escape, there was always a more alternative, experimental side to Blur, dating back to their original art-pop incarnation as Seymour. If they’d kept to that path, the haters – of which there are bound to be many when you’re as famous as they are – would be fewer. No one would accuse them of mockneying the public in a bid for fame and wealth, and Alex James probably wouldn’t be a cheesy Sun columnist.

Yet being at the London Olympics 2012 Closing Ceremony Concert at Hyde Park on August 21st proved to me without doubt that Blur made the ‘right’ decision. Maaaaaaaaaybe, you had to be there. But for those that weren’t, there’s Parklive – a five-disc release, including the whole set faithfully recorded across two CDs (originally released for download 24 hours after the show) and a live DVD. It wasn’t Blur’s ‘best’ show, in the conventional sense of the term: Damon Albarn leant more on a cheerleader-style yob-yell than his signature dulcet tones, at least for the first few songs; Dave Rowntree has lost a last a step or two from the precision-stomp he once boasted; and then there was the volume problem, with some of the audience complaining that they couldn’t hear properly (though, forgive me, but all was fine in the front third, and I do wonder why those desperate to see Blur were standing near the back of an 80,000 crowd…).

So it wasn’t because Blur gave the most outstanding performance of their two-decade career that justified their rejection of what I’ll call the Seymour route. It was the timing, the sense of ‘crowning achievement’, the feeling of poetic justice. As a document of that, Parklive is worth your money.

Our hearts may have hardened since the summer’s high emotions but the Olympics constituted a rare moment in British life where the country came together as one, even those usually wary of mass hysteria, and it was a beautiful thing because we were cheering on ordinary folk working towards extraordinary dreams. Oh, stop vomiting, cynics! You were there: it was a special holiday from whingeing and gradual decline and economic collapse: for once we could be proud of our nation – and by that, I merely mean we could be proud of each other, of who we are – without it having anything to do with nationalism or jingoism.

Blur were the perfect band for capturing that feeling, for soundtracking it, not least due to the symmetry of this being perhaps their last ever show (as we thought at the time, anyway) and the end of the Games. Albarn praised, with genuine emotion, our athletes’ achievements, inspiring a spontaneous Mo-Bot that spread throughout the crowd. He marvelled at the “church of the Olympics” – how we’d watched telly for a fortnight without accursed advertising. There was a euphoric feeling – well captured on the recording – that we’d ‘done it’, a palpable relief that it had all gone remarkably well.

As for the actual music, it sounded – and sounds on record – perfectly celebratory. But as always with Blur there’s an edge, a complexity to the apparent crowd pleasing. Set-opener ‘Girls And Boys’ is the ultimate party-starter, but it’s still less shallow than causal onlookers might think: “Following the herd / Down to Greece / On holiday,” Albarn snarls as nastily as ever; and it still sounds relevant: “Avoiding all work / Because there’s none available.” ‘Advert’ is played so ferociously fast that Graham Coxon hits a wrong chord, while Albarn screeches: “Say something, say something else! ” ‘Colin Zeal’, “looking at his watch…he’s on time yet again”, sounds far more malicious than it was on Modern Life Is Rubbish. Even ‘Country House’, my least favourite Blur song is so aggressive and bitter as to sound nightmarish, self-flagellating.

You can’t view the whole set in terms of this bubbling dichotomy: anthemic pop/snarling satire. After all, Blur make a show as always of hitting all the right buttons. And so there’s the mass catharsis of ‘Beetlebum’ and ‘Tender’, as well as the personal expressions of woe that typified 13’s inward-looking turn, ‘Caramel’ and ‘Trim Trab’, both striking here for being taken from the darkened bedroom of their inception and projected open-air to teeming masses. ‘Under The Westway’ suggests where Blur might go if they push on, with direct heartfelt observations of modern life/love rather than any sarcasm.

But I can’t stop thinking about that double-edge of shimmering-pop/dark commentary, even if this is meant to seem like a straight back-patting celebration. It’s apparent – perhaps nowhere more so – in the pseudo-triumphant closer, that apparent paean to the power of belief: ‘The Universal’. Harmless, feel-good climax to the Olympics Games, right? – soaring brass, all in each other’s arms, Albarn with tears in eyes, Coxon grinning with joy? Yes, it can, and perhaps should, be read that way, and only that way; it really could, and did, happen. But, British Fucking Gas notwithstanding, ‘The Universal’ was never truly meant to be warm and cuddly; it was sinister for the very fact that it appeared optimistic, espousing a fluffy oneness, while hinting that the only way in which we’re ‘in it together’ is that we’re all being shat on by the modern consumerist age, and those who drive it on.

With that in mind, one of the DVD’s gems is when an eyes-wide Albarn croons out to the enormous crowd: “No one here is alone / Satellites in every home”; the pregnant sadness of that line, the poignancy of Albarn, arms outstretched to His Adoring Fans, pouring out those words at what’s meant to be a moment of unabashed joy, is sublime. Then there’s the clear highlight: “The newspapers that you read / Say tomorrow’s your lucky day” – Albarn lacing this with an ironic venom never present on the original recording, as he storms down the walkway that extends from the stage into the crowd, gesticulating, and ‘fuck-you’s the notion of us all being winners with: “WELL THERE’S YOUR LUCKY DAY!” It’s worth purchasing the boxset (or at least the DVD) for this alone. It encapsulates a glorious, very British paradox – the subtle poisoning of a hysterically buoyant pinnacle, as though Blur brought these 80,000 together purely to point out that we’re a manipulated, beleaguered bunch, and we ought to take stock.

But what am I saying? That because Blur get everyone singing along only to sardonically snipe at the gods they worship, they’re the perfect band to close the Olympics? Well, no, I’m not saying that, although it’s one of the main reasons – the perception that they were mockn(ey)ing The People – that some loathe(d) them. The fact is, it takes guts to try to be the biggest band you can possibly be, but along with the haters and the trials of stardom comes the chance to engage with and challenge a mass audience. They wanted to be a central part of mainstream culture, because from there you can actually influence it, meaningfully criticise it, even transform it. There’s a real bravery in this. And nothing could have vindicated their decision to be Blur, not Seymour, more than the Hyde Park show.