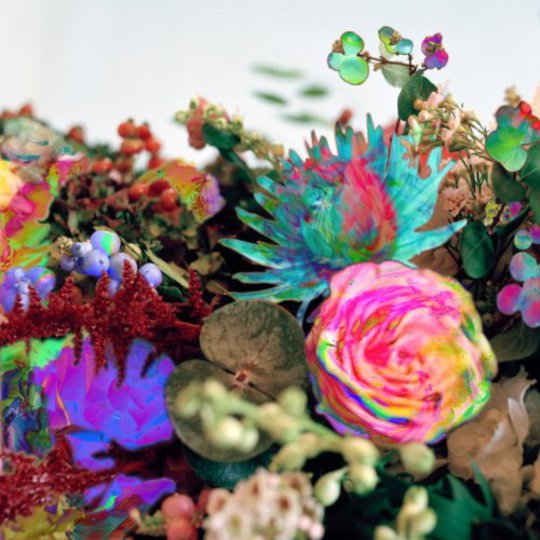 There is electonica to move your feet and there is electronica to move your soul. Darkstar’s debut album North arrived at a time when James Blake was fast becoming the poster boy for bridging this gap. He had an irresistible Fiest cover and the weight of Polydor’s marketing budget to his name. Darkstar had the sleeper hit ‘Aidy’s Girl Is A Computer’ and the kudos of being signed to Hyperdub. Naturally, Polydor’s marketing budget won out.

Now the property of Warp, this London-based trio return as a delicately refined prospect. You only have to compare the cover art of their two albums to tell the difference. North’s alluring industrial twitch has been discarded in favour of a newfound fondness for the tender and organic. News From Nowhere is an album which blossoms over the course of its running time; building from the deliberately understated ‘Light Clock Body Starter’ to the ethereal prowess of ‘Hold Me Down’. That it flourishes with fresh intricacies and delicate affections on each new listen is all the more surprising given the theme of isolation at its core.

“Lie on my own, rise and shine on my own, I’m just fine on my... don’t complain,” states a deadpan James Buttery on ‘Amplified Ease’. This definitive sense of separation is underlined throughout News From Nowhere, often in a few words which are left to resonate across the span of a track. ‘You Don’t Need A Weatherman’ crescendos with two phrases “seal the fate” and “shake the fate” chopped up, digitised and looped so it’s impossible to tell the difference between the two.

Although the air of darkness is pervasive, it’s never suffocating. Instead of being lathered in subwoofer shaking bass and histrionic drums, everything about News From Nowhere is deliberately restrained... pretty even. Lead single ‘Timeaway’ sets the mould with its plonking glockenspiel-like rhythm and falsetto vocals. The mood is sombre but the tone is uplifting. Either Darkstar are slowly draining themselves of positivity or they’re clawing their way back to euphoria. You could spend an eternity trying to figure out which.

In the midst of this dichotomy, there’s not much room for raving. The trudging groove of ‘Armonica’ teasingly caresses out-and-out banger territory while ‘A Day’s Pay For A Day’s Work’ is a no holds barred piano ballad and a genuinely affecting one at that. Instead of straddling electronica's void, Darkstar have doubled down on the profound. It suits them well.

We Will Not Harm You