The Marriage Of True Minds 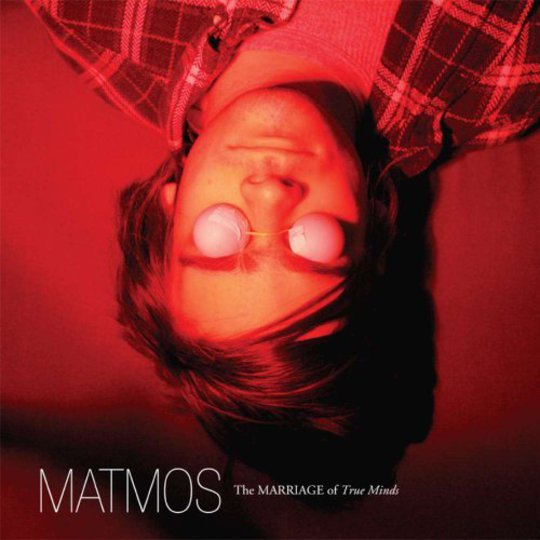 Herein lies a multilayered beast, to make real sense of which seems improbable. For starters what does the name of the San Franciscan electronic duo Matmos mean? Is it a Thai dish spelt backwards, a misspelling of a lava lamp brand or is it some kind of slime? Then there is the double meaning of the actual album title: is it a marriage of minds between the Matmos duo or is it a marriage between Matmos and guests that include fuzzed up vocalist and interactive electronic wizard Dan Deacon to Upset the Rhythm artist Ed Schrader and Angel Deradoorian formerly of Dirty Projectors. Oh yeah, and then there's the range of telepathic test subjects, who we'll come to in a bit.

First there is the music, if you can call it that. Sometimes it is genre jumping with the temporary dancefloor beats contained within 'You' and techno slammer 'Tunnel' laying next to Buzzcocks-style post punk lyrics with a heavy rock backing on album closer 'E.S.P.'. Other times it's got a futuristic lounge feel like on 'Aetheric Vehicle' or goes on and explores an otherworldly soundscape like on 'Mental Radio', 'Ross Transcript' and 'In Search of a Lost Faculty', all of which are littered with sound effects such as water sloshing, triangles dinging and bagpipes, er, piping.

Most of the time, though, the album is like a collective flow of collaborator consciousness fused together by the Matmos duo. The product that results is a combination of music, sound and a little ambitious experiment based on a classic parapsychological investigation into telepathy: the Ganzfeld (total field) Experiment. In essence, each song is based on the results of an experiment of musical telepathy. Test subjects at Oxford and Baltimore universities had their senses deprived, apart from white noise pumped into the test rooms. Matmos member Drew Daniel attempted to transmit 'the concept of the new Matmos record' directly into their minds, and they in turn were asked to describe out loud what they thought the latest Matmos album should sound like. And here it is.

If The Marriage of Two Minds is accepted as not the most musical music or the most scientific of experiments but somewhere inbetween, what you are left with is an intricate, creative, smorgasbord of sound. At the best this leaves a strange aural substance that inspires new ideas, new ways of thinking about song structure and a challenge to the zeitgeist.

At the worst it is an array of sounds and phrases podged together with a borderline insane central conceit that goes in so many different directions that it becomes redundant. Even after having listened to this album many times, it seems no clearer as to whether it is a collection of underdeveloped song ideas or the well produced outakes of an intriguing idea. Either way, you can bet this album is original and something you have never heard before or could have even imagined.