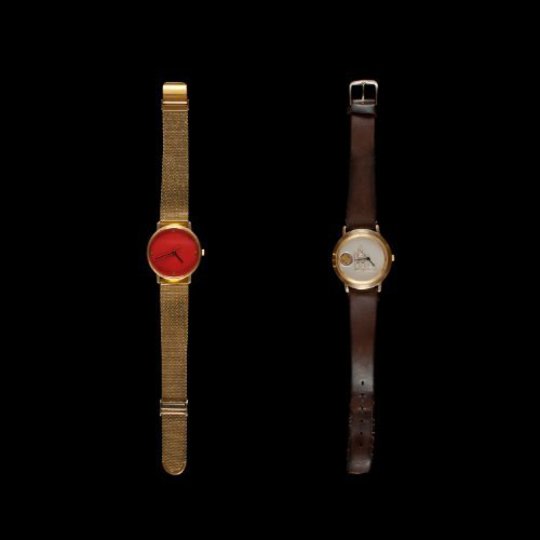 It can be easy to forget that Department of Eagles is not just the baby of Grizzly Bear's Daniel Rossen. The knowledge gap becomes all the more understandable when certain outlets actually - and rather cruelly - seem to suggest just that. Starter for ten: there were two men behind 2008’s immensely underrated acid-folk gem In Ear Park. Fred Nicolaus is the fork to Rossen’s knife.

Under the Golden Suits banner, Nicolaus finds himself following a make-your-own-adventure path through six decades of Americana-infused song-writing, feeding off of his influences and associates, but only in aid of attaining a long-overdue individual stamp. Consequently, the resultant LP astutely swerves expectations of where such a journey might have led him. Where his collaborators and compatriots largely delve into varying shades of sylvan or psych-folk, Golden Suits is borne from the affectionately-crafted pop structures that lay at the root of Nicolaus’ song-writing. The cornerstone of these songs is a consummate concise delicacy; a care which ensures even the most embellished track is imbued with clarity.

This confident simplicity underscores everything, from sparse piano ballads such as ‘Restaurant Song’, through the percussive snap that carries songs like ‘Under Your Wing’, all the way up to the flourishes of orchestration that elevate stand-out ‘Didn’t I Warn You’. The sense is that the impetus has been placed on each element being present to work for the ultimate benefit of the song itself, composed from textures that are tangibly tactile rather than wrought from gossamer studio trickery.

As both distinct entities and as a collection these songs are resilient and whole, allowing them to be carried with a warm buoyancy despite the haze of memory that tonally and thematically occupies them. The lyrics often feel as if they’ve been ushered forward from a long-shut photo album, or the pages of the kind of John Cheever short story that proffered the name of Nicolaus’ alias. Begrudgingly mature melancholy and distilled nostalgia are the order of the day, whether it be ‘I Think You Would Have Been Mine’ conjuring images of lost youth and love (“All those burning questions that cooled off over time”), or ‘Little One’, with its wounded woodwind backing and dusty 7-inch crackle of a hook: “we swam through gin one evening, and all the world was right”.

Managing to uphold and rework these resonant concerns and moods throughout is what ultimately compels the listening experience as a whole, and it’s this same feat that allows Nicolaus to get away with the occasional misstep. The vocals in particular can grow a tad ramshackle and murmuring, especially when combined with other tendencies to over-elaborate song-length and miscalculate pacing, all of which being encapsulated on opener ‘Swimming in ‘99’ whose initial promise unwinds into tedium, inadvertently confusing the opening flow of the record.

Such qualms aside though, the subtle craft and heart that lies within these ten tracks is undeniably charming. Nicolaus doesn’t necessarily possess the most distinctive voice, and you’ll undoubtedly recognise some of the hues - a Rossen-esque guitar line here or there, a Van Dyke Parks flavour to the orchestration, perhaps hints of Ben Gibbard’s slightly breathless intonations in his vocal delivery. Yet, whilst not wholly unique,Golden Suits is undeniably individual - a wholehearted, open but personal space - built from imagination, memories, stories: what he knows and who he knows.

Explosions In The Sky, David Wingo