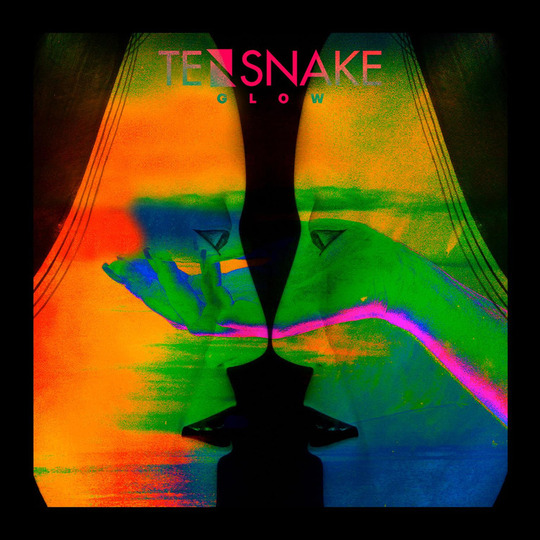 Imagine an album that was the result of a night of passion between Random Access Memories and Settle, one whose heritage contained the 2010 hit ‘Coma Cat’ and oozed deep disco. Nile Rogers is its great-uncle, Jacques Lu Cont babysat it, and it looks up to Moderat, Lindstrom and Pharrell Williams just as much as Prince and Michael Jackson. A little spoilt, a good dancer, weighed down with high expectations after this drawn-out, hyperbolic comparison. Born the 10th March 2014 at Synthesiser General: Tensnake’s first LP, Glow.

Though it isn’t as quite as good (and certainly won’t make as much money) as Disclosure and Daft Punk’s 2013 giants, their DNA looms loud in the Eighties funk guitars, UK garage beats and the sheer dancefloor pop appeal strewn through Marco Niemerski's record. And like its chart-topping forbears, Glow is infused with dance music’s past, paying homage to funk, house and disco as it ranges from pounding intensity to inane club-pop. It’s even got a meta-‘Giorgio by Moroder’ bit.

Wisely, since he is neither French nor yet universally revered, Tensnake doesn’t try the philosophical robot angle, but mocks his work: the vocals insist “I’ve been listening for ten minutes already to this Tensnake shit. What the fuck are you guys talking about. I know, but whatever, I don’t need any twinkly, Eighties, c’mon-lets-wear-a-tanktop-shit-fucking-rah-rah-rah-shit. I just want something hard, I just want big bass like, wah-wah-wah, like dubstep, like club step, like electro”.

Intermittently the strident Eighties pop and the 2-step vibes come together in hugely fun disco flourishes, as on the pulsing ‘Good Enough To Keep’ or 2-step flavoured ‘See Right Through’, both of which sport excellent, diva-worthy deliveries from guest vocalist Fiora. This isn’t house for skanking or eye-rolling or gurning, but for all out, probably-will-be-embarrassed-later, committed boogieing. Other potential soundtracks for montages of silly discoing include the Michael Jackson-referencing, funk-laden ‘Selfish’ and irresistible slink ‘Love Sublime’ (feat. Nile Rogers! Of course!), which takes the minimal disco of ‘Inspector Norse’ and blends in a vocal line worthy of Kylie.

With all these references to juggle, you might be wondering whether Tensnake risks losing his own sound under those of his influences, but there are careful, contemporary clues scattered throughout and 2014 rises clearly through the callbacks and tipped hats. There’s a hint of trap in ’58 BPM’s intro before it becomes a slow-burn Eighties ballad, an EDM wobble amongst ‘No Colour’s Discovery synths and hip-hop beat, that anchors Glow in the present. Occasionally, the cheese gets away from Niemerski, but on the whole, it’s fantastically produced, hip-friendly dance fun.

Forgive me one last reference to RAM. and Settle… this is yet another dance album that avoids the pitfalls of stringing together separately conceived singles. Just like the aforementioned, regardless of many collaborations and genre switches, Glow makes complete sense taken as a whole. From the stretching bass muscles and flexed synths of the uplifting warm-up ‘First Song’ through to the Hawtin-worthy repetitious build of ‘Last Song’, this is a real escalation in Tensnake’s sound. Dancing is awesome. It’s sexy, it’s fun - we can stand to do more dancing!