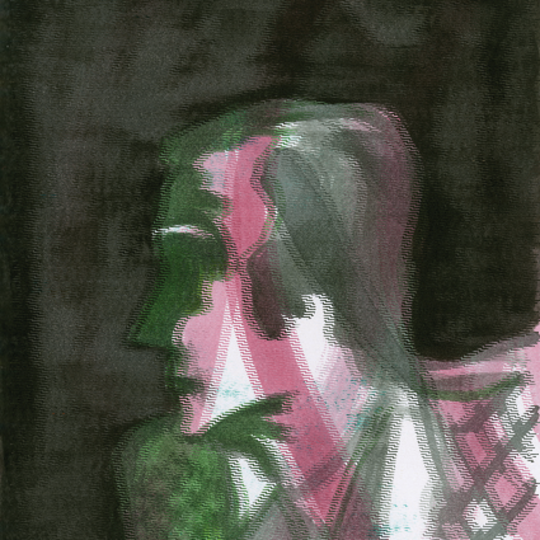 I recently read a book that changed my life. Now, I’m well aware that reads as hoary overstatement, and a glance at your record shelf will no doubt show aberrations in the collection that are testament to some hack’s baseless hyperbole. But the book in question, Quiet by Susan Cain, is powerful for its considered reliance on understatement. It’s a treatise on the power of the introvert in a world that often thinks volume is a panacea to all ills, to a society that can perversely elevate talk above action. It made me realise that, like a lot of people, my wiring is fundamentally fine - I’m just, say, more Radio 4 than Radio 1. Suddenly a slew of preoccupations, like why I shun company for books or records, or why I find small talk so excruciating I want to rip my own skin off, were swept away. I found a new calmness and confidence, and I’ve since recommended it to so many people I should be on commission (Susan, if you’re reading...).

In case Ed Wallis of My Sad Captains hasn’t read it, he should know that Best of Times is in many ways its aural equivalent. On ‘Wide Open’, he has a single, simple insight, singing the song’s only line “I wonder why you feel the need to talk so loud like there isn’t anybody else around” over looped, pirouetting guitar, flares of tasteful feedback and a steady krautrock beat. A lyric less than a tweet in length turned into a stunning mantra, it’s the definition of less being more. And there’s no judgement, no scabrous sneer, just encouraging acceptance in its repeated delivery. It’s one of many highlights on an LP that speaks volumes for understatement and the beauty of quiet, wounded optimism.

This is the defining work from a band that have done their hard yards. But, yes, like the cliché of the quiet person at the party, it’s also more complicated than it appears, with nine songs - the majority of which comfortably break the five minute mark - featuring a graceful mix of musical textures. Some may be put off as it’s unapologetically reflective, a lamp lit thinker’s headphones record that needs some attention. But that said, its bravery is that it’s really not made for those who always crave company and superficial stimuli. Not that there’s anything wrong with that, of course.

It starts with surrender and ending, a break from the band’s soft-focus, guitar-leaning indie from previous record Fight Less Win More, after which they were added to the reliably wonderful Bella Union roster. The new balance between electronic and acoustic is perfect, like an introvert trading off traits with themselves; socializing and forcing the small talk, before retreating home to a book and a blanket. ‘Goodbye’ - an adieu to their old selves, perhaps - embodies the change, with keening pulses of synth and sputtering waves of digital noise paired with judicious acoustic and slippery electric guitars and propulsive motorik beats.

It’s an aesthetic that has its full potential gently teased out over the record, often to stunning effect. Wallis talks of the approach being to give the songs 'space and stillness to develop… taking side roads and detours whilst still maintaining purpose.' This is clearest on ‘In Time’, a flash of synth diverting into a traditional strummed lament on love and loss, before the self-same picture is painted in a different style: an acoustic song slowly morphing into an electronic one as layers of gorgeous synth and drone replace traditional instruments. An electronic beat replaces an acoustic drum, like a pacemaker, before the technology finally collapses, the logical unable to process the emotion of the song’s loss.

What sets Best of Times apart is that everything about the record has been subject to unusual care and attention, making it compelling as it’s a confident listen that, nonetheless, deals with love, loss and time. Self-produced, it’s perfectly judged - songs bloom at just the right times, bearing the fruits of the labour and thought invested. ‘Extra Curricular’ uses a Motown bass groove and a swimming synth sample as primer for the parping brass and swirling brushes of organ, reminiscent of Yo La Tengo’s effortless incorporation of, well, anything they fancy into indie rock. ‘Hardly There’, a song about avoiding reminders of an ex after a breakup, goes one better in its neat catharsis as layers of noise settle like first snows on an acoustic slowcore opening, building to a tactile, tearing crescendo. It has the same tension between the sweetly disciplined and the errantly sour that YLT have perfected, and could easily sit on And Then Nothing Turned Itself Inside-Out.

The comparison is apt, as MSC are really now an art rock project, just without the pretense and packaging. They have a wider scope and assimilate influences seamlessly, the record striking a perfect balance between free roaming ideas and execution in an unassuming alchemy, all elements in perfect balance. It’s a statement as bold as it is gentle, is stronger for it, and will repay time invested in it tenfold. It’s the unmistakable sound of a band comfortable with having discovered that quiet is just in their character, and that those with the quietest voices can still cut through the squall.

Where Dull Care is Forgotten