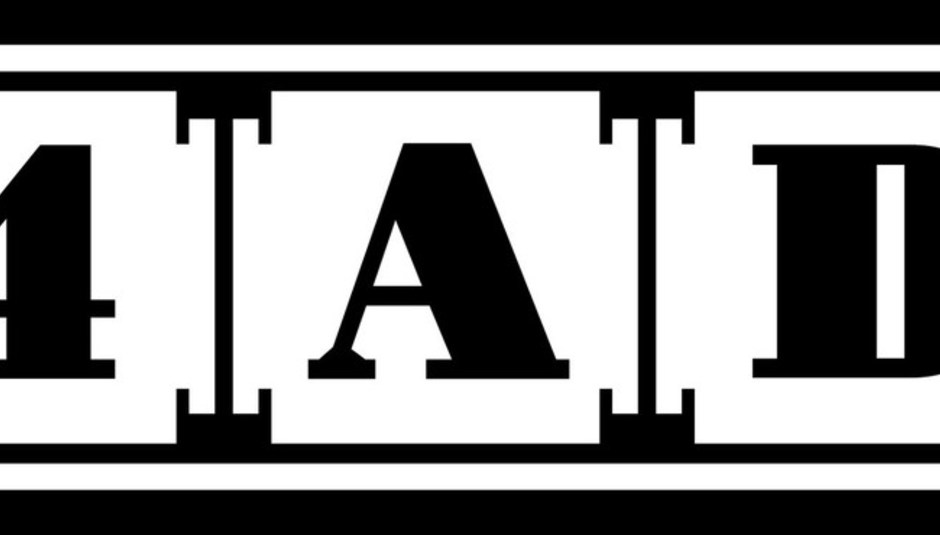 Stately indies don’t come any more revered than the quarter-century-old 4AD. Firstly, because they are and always have been a proper ‘indie’ – an independent record label who release a certain type of leftfield, but quite special music. Secondly, their longevity, range of release and ability to unearth key time and genre defining bands (see; Pixies, Cocteau Twins, TV on the Radio and The Red House Painters). Famed first and foremost for being the home of Pixies, the bands who’ve also passed through and currently reside there, such as The Breeders, Blonde Redhead, The Mountain Goats and Scott Walker only add to its hefty reputation and prestige.

DiS nails down current co-curator Ed Horrox (alongside Chris Sharp) for a Q&A about the world of 4AD. Do enjoy.

Hi Ed, tell us about 4AD and how you came to get involved.

Ivo Watts-Russell started the label in 1980. He also recorded and released records on 4AD under the name This Mortal Coil. Ivo retired from the business in 1999 at which point Chris Sharp and I got involved with 4AD.

I met Ivo in '98 and gave him a cassette of Secret Name by the band Low. When I saw him a few days later he told me the record reduced him to tears, in a good way. He continues to be an inspiration and has returned the Low tip I gave him many times over - most recently by turning me on to Camberwell Now.

4AD is over 25 years old; that's quite an achievement. How do you keep a record label afloat, through changing circumstances, trends and scenes in music?

Different people in the company will have their own opinions, but for me the key is for those involved to maintain the sense of the wonder you felt - perhaps as a child - when you heard remarkable music for the first time. As for scenes and trends, we are interested in the kind of artists that might inspire and influence others… and of course it's crucial to be careful what you spend.

4AD seems to specialise in bringing music from the States, Canada and the rest of the world to the UK. Would you say that's a fair statement? Is it because it's easier than making records in the UK?

The simple answer is that we don't find a lot of UK-based artists that we fall head over heels for. But we continue to look and will jump when the right opportunity comes along.

Does the legacy of 4AD help in attracting artists?

Of course. The catalogue is filled with astonishing records and the current roster is pretty special.

When Britain was subsumed by Oasis and Blur et al ten years ago, you released records by Belly and Kristin Hersh. A deliberate ploy/statement?

I don't think so. Simply a matter of taste.

Signing Scott Walker was a hell of a thing. How did that happen? Has it worked out, in your view?

We heard on the grapevine that Scott was ready to record a new record. what are you going to do ?! Chris and I deliberated for about 10 seconds and offered Scott what he was looking for.

We are thrilled with the way it has unfolded. Scott is a genius and The Drift is a career highlight in our opinion.

4AD is part of the Beggars Banquet mini-empire, how does that help things with you?

It helps that the Beggars family has consistently been staffed by an inspiring bunch of music lovers who appreciate and understand artists. And of course across the group of labels the back catalogue and current rosters are remarkable.

The strength of the group has enabled us to establish a global network of offices and this means we can do a fine job of helping our bands reach an international audience across territories.

TV On The Radio: 'Staring At The Sun'

Did the Pixies 'make' 4AD? Are they still your biggest selling act, historically?

Pixies are certainly one of those rare bands that changed the world they came into. Following their recent live shows, I'm sure their sales have now surpassed other artists who had sold equally as well.

What are your favourite records from the 4AD back catalogue?

Heaven or Las Vegas by the Cocteau Twins.

Where does 4AD go in the next five years?

Everywhere in the search for life-changing music.

Does 4AD plan to adapt to the 'new world' of digital nonsense? Or stand firmly the same?

If you mean will we continue to be interested in beautiful things you can hold, hang on your wall or wear, then the answer is yes. But the percentage of our sales that are digital continues to rise.

4: Dance To The Radio