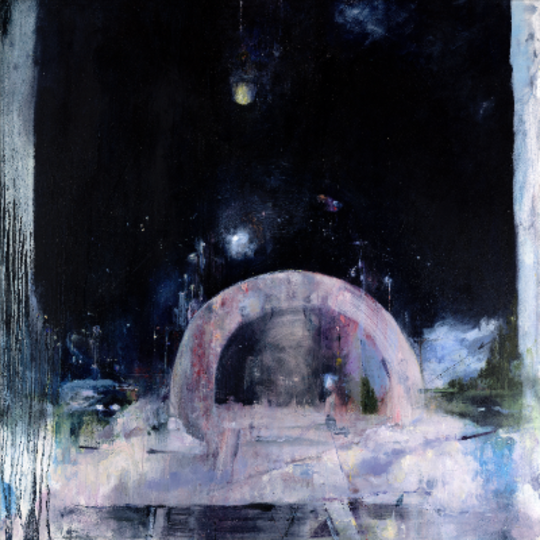 It's not an enviable task for Daughter, following up 2013’s If You Leave. A pretty much perfect mesh of fevered melody and wrenching despair, Elena Tonra’s heartbroken narratives hit home because they seemed sincere, the slightly sixth-form lyrical melodrama offset by the sheer red-raw bloodedness of their delivery. And watching her onstage in those early gigs there was little doubting that she’d lived those songs, fragile and trembling and constantly overwhelmed by the response that they wrought in the crowds, ever-swelling, that gathered to hear them.

But those songs needed heartbreak to be written, conditions likely pretty far from those that Tonra’s been living since - after all, her boyfriend’s in the band and this second album is one of the most anticipated indie releases of the year, recorded in New York with a transatlantic tour already near sold-out. No, selling us on your sadness is gonna be a little trickier this time around.

It’s a good thing then that How To Disappear doesn’t really try, shifting the focus away from Elena and on to the band as a whole. Sure, her vocals still lay the gridlines, introspective and portentous, but this is clearly, defiantly the work of a collective rather than a songwriter, vibrant and kinetic with the volume edging ever upwards. It’s almost a shock, actually, when opener 'New Ways' kicks in around the two-minute mark, the guitars corrosive and the layering intense. 'Numbers' gives little respite, taking the chorus drum rattle from 'Youth' and ramping it up steroidal: I feel numb sings Tonra over a beat that would bring back feeling to the decomposed.

First single 'Doing the Right Thing' is more familiar, heavy on atmosphere and lyrically brutal: a first-person study of a descent into Alzheimer's based on Tonra’s grandmother it cuts hard, the more so for marrying her knack for dry-mouthed sorrow with a subject matter that genuinely demands it. "I have lost my children/I have lost my love/I just sit in silence/Let the pictures soak/Out of televisions..." she sings as static gathers behind, her voice finally lost within the swirl. Furthering the themes of parenthood and loss is the mid-album 'Mothers', its woozy amniotic lull at odds with the stark delivery and gut-punch verses - "When your face becomes a stranger's I don’t know/You will never remember who I was to you/Carried in the womb" - and marking a welcome move away from the jilted Miss Havisham lovesickness that consumed If You Leave, even if it’s not a whole lot of fun.

For fun look to 'No Care', a spiky, punky rush of beats and brattish stream of consciousness, the snare drum like a Nineties dance track as the descending bassline curls and cycles underneath - "I don’t care I don’t care anymore" she chants over and over and sounding like she means it, vital and invigorated and suddenly a lot more interesting as the band break character for three gloriously anarchic minutes. There’s the same hint of barely-constrained energy on 'To Belong', in the main a slow-burn of Shirley Manson top-voice until the sudden rupture of bass growl and untamed reverb brought under control much too quickly, and in 'Fossa’s jarring snap from ethereal harmonies to sweat-laced drums. But really it’s the latter that best sums up the band right now, moving through the aching confessional that characterised the early EPs to something much more muscular and compelling: that Tonra’s voice exits three minutes from the end seems telling, marking the first time that Daughter really, fully sound like a full band project (their Last FM profile still opens Daughter is Elena Tonra...) embracing noise and vigour and sheer sonic abandon.

And then it backsteps slightly, 'Made of Stone' a pretty but entirely unnecessary closer - because by this point Not To Disappear has nothing else that it needs to do. It’s not so much sidestepped the perils of the second album as trampled them, taking the sound that won the band all those packed festival tents and driving it forward, matted and bloodied like Miles Teller at the end of Whiplash, no longer weeping and withdrawn but pulsing and alive. And it’s genuinely exciting to hear.