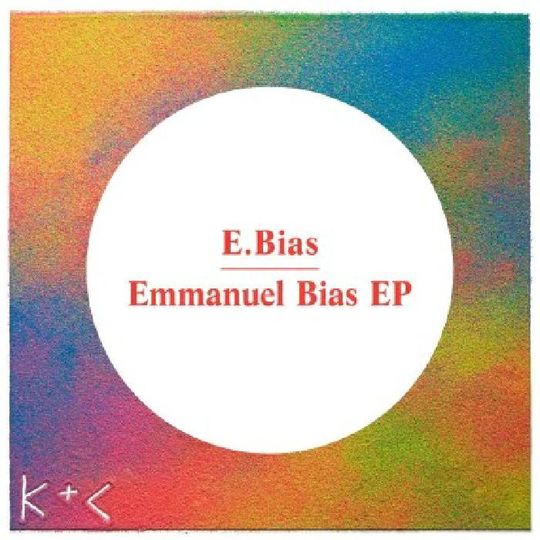 Billed as something of an avant-garde supergroup, E Bias features Turner Prize-nominated artist Luke Fowler, Richard Youngs – whose prolific and varied output has seen him cast as the inventor of ‘no genre’ – and Franz Ferdinand’s Paul Thomson. The project was born out of correspondence between Youngs and obscure Italian electronic artist Emmanuel Maggi. Maggi was taken with Youngs’ work, and so suggested a collaboration. He sent Youngs lyrics and rhythm tracks from his shelved debut record from the Eighties, and after hooking up with Fowler and Thompson the Emmanuel Bias EP was eventually realised.

Aside from a handful of live sets played in some notable clubs in Italy in the Eighties, Maggi’s music never reached a wider audience, and he retreated from the music world into family life. Given the current appetite for the retro stylings of records like Kyle Dixon & Michael Stein’s Stranger Things soundtrack, this release, which resurrects his lost music career, feels timely. The compositions are built around the vintage Serge Modular and DX7 synthesisers for added authenticity, and opener ‘No Way Back’ marries a simple, spare and deep bass line, propulsive hi-hat with the spaced out and a mildly nonchalant vocal style. As with many of the tracks on the album, it brings to mind pioneering krautrock anticipators Silver Apples, which is no bad thing, to say the least.

The retrospective atmosphere is built throughout the record, care of ‘Landfill’s’ Super Mario Bros. echoing electronic beeps and blips. ‘Emergency’ rests on a handclap beat and economic keyboard, and the “rescue, rescue” chorus recalls the elongated vocal style of David Byrne. By the fourth track ‘Share’ the rhythms and characteristics of the record start to feel a little repetitive. But pace and interest are restored on the latter half with the increased BPM of ‘Ride’ complete with a vocal shift that comes across like a distorted Karl Hyde. And the EP concludes with the lovely ‘Pleasure,’ which is easily the most emotionally invested song. Twitchy synths are paired with the soulful lament “Too much pleasure lost/pleasure gained/too much” to great effect.

Considering the patchwork nature of the Emmanuel Bias EP, which harvests its source material from another decade and is the fruit of a number of different artists, it maintains a surprisingly coherent and clean sound. Bearing in mind both the obscure source material and the moderately left-field artists involved you might expect work that’s a little more out there, but these are largely highly accessible songs that could play out nicely in clubs. That said, it does retain a certain strangeness that makes it a winsome curiosity, and fitting tribute to a lost underground composer.