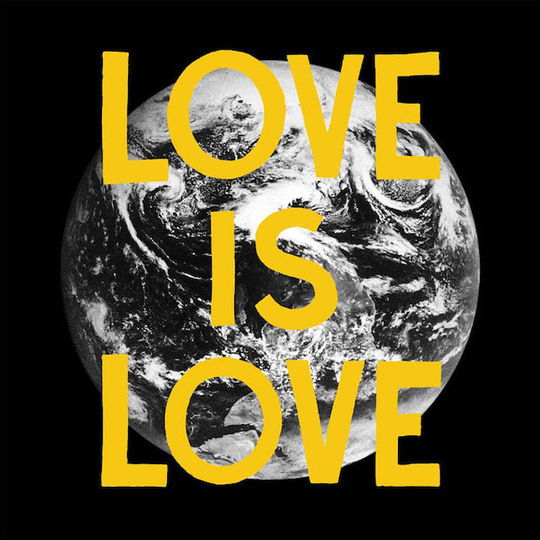 The floodgates are truly open now. After a (to say the least) tumultuous 2016, some responded with: 'at least the music will be good.' Six months on from that incredible US election result, and it seems now a week doesn't go by without a new album reflecting on the current state of things in America. New York's psyche-folk collective Woods, however, have decided to look at the healing power of music and art in troubling times, rather than the rage many are seeing in it. As a result, their latest Love is Love feels very much in the same world as of late Sixties anti-Vietnam War psychedelic rock and pop, attempting to spread a message of peace worryingly still just as necessary 50 years on.

It's been almost a decade now since frontman Jeremy Earl and multi-instrumentalist Jarvis Taveniere turned their criminally underrated post-punk band Meneguar into Woods - they did release a couple of records under both names for a while, but it was clear from Meneguar's final album The In Hour on their recently formed Woodsist Records, where their heads were at musically as they significantly 'mellowed out'. The prolific band have released a record almost every year in that time, with Love is Love being their tenth overall. It is fair to say then they have firmly established themselves as a key psychedelic-folk band at this stage, but this is perhaps their first as a direct response to current affairs.

Love is Love was recorded shortly after last year's election, and repeatedly asks the question "How can we continue to love when there is so much hate surrounding us?" After two terms of relative optimism, 'the fear' that has been bubbling underneath has truly exploded, and here Earl explores that feeling of chaos and confusion over his five singing performances. 'Lost in a Crowd' for instance feels especially Highway 61-era Bob Dylan for a modern audience returning folk music to the idea of being a "protest music". Meanwhile, 'Spring is in the Air', a nine-minute psych-jazz instrumental epic, sounds like the bad dream Earl's narrator opines - "A descending darkness/and it feels like a dream/but the trip gets worse/and I'm lost in a crowd." - in the previous song.

These two tracks anchor this fairly brief 32-minute, six-track album, turning the ironically optimistic sound of the opening two tracks into a collective descent into a fever-dream of terrifying proportions. 'I Hit That Drum' for instance feels like it is left in suspended animation given its lack of the instrument referenced in the song title, holding a transcendent tension over the listener. Afterwards, closer 'Love is Love (Sun on Time)' reprises the theme and melody from the record's opener of the same name, ending on a more optimistic note as the phrase "say love is love" becomes a statement rather than a question.

The only major problem with Love is Love is that it feels relatively fleeting. It is a great-sounding album with lots of interesting, referential ideas to the past and how they've reared their (often ugly) head all over again. However, when it closes with a track mirroring the (excellent) opening title track, after only a relatively short time apart, its effect doesn't feel quite as earned as if this was even just, say, ten minutes and a couple tracks longer. It is extremely rare for one to complain about 'less is more' but it feels here that the band have only really scratched the surface of the central themes of the album leaving it to feel a bit shallow overall.

The second track, 'Bleeding Blue' for instance, literally builds on the relatively simple statements and questions on the album's opener by exploring these ideas a bit more fully. And, as aforementioned, while the album's structure works too, but its quickness to reach the climax leaves it a bit devoid of resolutions and making it feel like a bit of an empty statement. It's a shame because, Love is Love, for what it is, is such a well-composed album, that it feels like it's close to being a band-defining statement given its all too real context in which it exists. Perhaps one should give them the benefit of the doubt in this constantly changing and frightening period of time, there are no defining statements to be made just yet as it is still unfolding, and maybe that's what makes Woods' latest effort worthwhile. Uncertain times indeed.