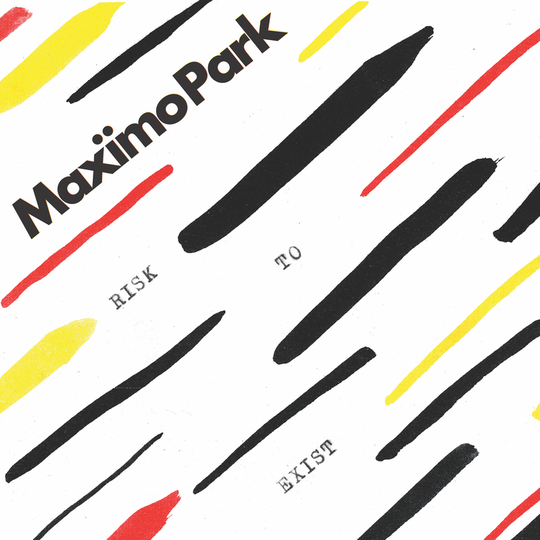 Two years ago, Maximo Park singer Paul Smith took part in a panel discussion at 6Music Festival alongside a group of other North-East based artists about what it’s like to be a musician in this part of the world. The conversation kept returning to a central idea that the area is creatively isolated from the rest of the country, possibly to the point of insularity. Naturally this poses its challenges when it comes to breaking out into national consciousness. Smith contended, though, that it can also work to a band’s advantage, because it allows them the space to gestate naturally before attempting to launch their glorious bid for world domination.

Perhaps this is why Maximo Park are still around 17 years after their formation to present Risk to Exist when so many of their contemporaries have long since been condemned for all eternity to appear on ‘Hey Remember this band LOL’ listicles. They always did feel like they had more about them than a lot of their peers though. Much of that comes from the continued demonstration of their pop nous which has rarely eluded them over their five LPs to date. However, to my mind, the difference-maker since day one has been the presence of Smith - a true British pop star in the vein of Jarvis Cocker, with a bookish eccentricity which is both the essence of his appeal and also the reason he’s an easy target for derision.

Much has already been made about Risk to Exist being a direct response to the current social climate, which might seem a little odd to the casual observer of Maximo Park, who’ve never really been widely considered to be an overtly political band. However, reacting to “a government that’s out of touch” isn’t without precedent in their history - Smith has never been shy of speaking out in interviews, and their fourth album The National Health dipped into the odd bit of state of the nation commentary.

It’s very easy to scoff at the idea of an indie-pop band suddenly diving two-footed into political entreaty on their sixth record, and there’ve been plenty of suggestions in the past that Smith isn’t the subtlest of lyricists. Indeed, phrases like “The regimes that we propped up descended into a living hell” aren’t exactly easy to digest, but the delivery oozes sincerity - He so obviously means every single word he’s saying and that’s far, far more important.

Aside from all this, Risk to Exist is a wonderful collection of pop music. I guess that it shouldn’t be surprising that a band who’ve been around so long would understand the need to protect the songs from collapsing under the weight of their subject matter, but the fact they’ve delivered this record with such verve is still extremely impressive.

In fact, this is the freshest their music has felt for a while. ‘Get High (No, I Don’t)’ is a highlight which sees Smith slithering around a beautifully sleazy groove, doing his best creepy Jarvis vocal. ‘Work Then Wait’, meanwhile, shimmers beautifully and ‘The Hero’ and ‘What Did We Do To You To Deserve This’ both feel like full-on dance-floor stompers. Sure, there’s the odd familiar reference point, with the finale of ‘I’ll be Around’ drifting off into an homage of side two of Low, and the intro of the aforementioned ‘Work Then Wait’ threatening to burst into ‘Where is My Mind?’, but on a record this vibrant, these moments feel more like little knowing nods rather than any kind of pastiche.

In years gone by, a lyric like “It’s a risk just to exist” would have probably just registered as a nice snappy little one-liner for Maximo Park. Now it feels like a mission statement for a band who deserve the utmost credit for using their platform to stand up so vehemently for their beliefs.