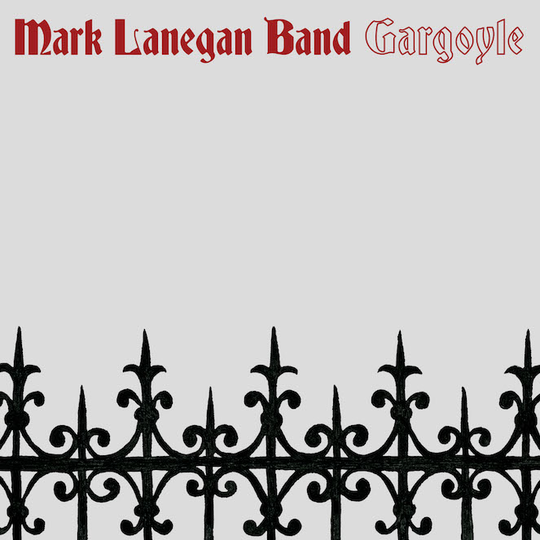 We’re living in a new era of Mark Lanegan. 2012’s Blue Funeral was his first solo record in seven years. Since then he’s been more than prolific with an album or EP out almost every year since. Having more than recently passed the 50-year benchmark, Lanegan’s clearly enjoying a creative renaissance along with his numerous collaborations with the likes of UNKLE, Moby and such. Gargoyle is a continuation of this, a record co-written / producer by Rob Marshall of Exit Calm, with whom Lanegan met while touring with The Soulsavers in 2008. Unlike say the deep, and subtle beauty of 2013’s Black Pudding, or _Imitations, Gargoyle_ is a record set to electronic pads, synths, and compressed guitar lines. Gone are the bluesy guitars and smoky ambience, instead we’re left with a sonic thuds, and crisper music lines, providing a backing to Lanegan’s trademark, poetic songs. <br.<br.

And this is trademark. Mark Lanegan. Lanegen’s voice on anything sounds amazing. Give him his own podcast. Let him dub foreign movies, or read children’s books. His intense, coarse, growlings soothe even the sorest of hearts. It’s the voice of a man who has lived the rock n’ roll life, soaked in whiskey, having been preened on a diet of Tom Waits, and Leonard Cohen. His prose and approach to songwriting is also on point as the forlorn and heart-wrenched era of Field Songs. ‘Nocturne’, a song about long lost love, sits restfully next to ‘Sister’, a near religious mantra, with gothic like organ, both are classic Lanegan.

Gargoyle, though, is far from his best record, especially compared with something as groundbreaking as Bubblegum. Whether Alain Johannes, the producer and musician responsible the sound of the catatonic No Bells On Sunday EP, Phantom Radio and Blues Funeral played a lesser role on this record is unknown. Perhaps the two decided on a completely different direction. Although Lanegan’s voice plays an imperative, and deeply ingrained focal point of the record’s music, Gargoyle is missing the emotive, musical draw that makes Langegan the tear-jerking, blues-poet that he really is. Like the album sleeve, a bland image of a steel fence adorned on a grey background, the music feels somewhat disconnected. A selection of beautiful songs, misplaced in an era of creative possibilities.