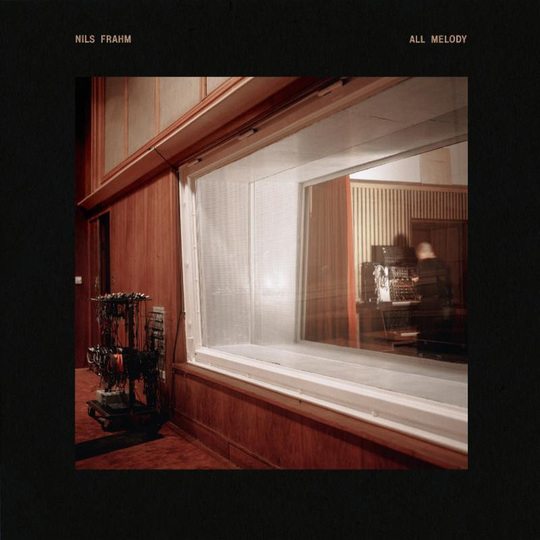 I kind of wish Nils Frahm taught me maths. He produced his latest album All Melody in a new studio Saal 3 on the river Spree in Berlin, a space which allows him to focus and utilise all his talents and resources, without regard to limitations posed by injury or inadequate space that affected his last two productions. Some artists my be overwhelmed by this vast sense of possibility. But Frahm has used it to develop an almost Pythagorean approach to composition, phasing instruments, textures and melodies in an out of each other at perfect intervals, with every song and every note perfectly positioned between the one before and after it.

Rather than bringing a combination of instruments and styles together, as so many albums do now, All Melody seems to starts them all over again, at different moments but in sequence. The result is this extraordinary cross between hypnotic dance and classical music which sounds like neither.

The first strains of choral singing from the London-based Shards over orchestral sustained notes, in ‘The Whole Universe Wants to be Touched’, would sound solemn and contemplative if it weren’t for the soaring sustained notes that incline toward the end of the track. ‘Sunson’ branches off into this intense rhythm driven by the pounding blows of the marimba, which is paired with a subtle beat to give it a bit of kick.

Over the course of the album the melodies continue to phase in and out every few bars, they continuously and subtly evolve, without leaving time for boredom or distraction before the next instrument is introduced, the next melody is adapted. It is this ongoing sense of evolution, constant change which allow Frahm to introduce a wide array of instruments without ever over cluttering the compositions.

‘A Place’ reintroduces these choral interventions which do not complement the instrumental melodies so much as weave in and out of them. Any one song sounds like a formation dance of different elements seamlessly appearing and disappearing, combining and recombining. ‘My Friend the Forest’ works more with intervals and gaps, the sound of instruments being triggered, the working processes of production adding granularity to the sound, the silences adding tension, and suspense.

It’s a wonderfully imaginative process. ‘Human Range’ uses wind instruments like the horn to give it this kind of airy quality, while the notation is more stuttered, bringing in also that premier wind instrument – the voice. ‘All Melody’ is a masterpiece of texture. Incessant overlapping rhythms which swoop down from on high, peeling off into the subsequent track ‘#2’ which just wallops you with rhythm.