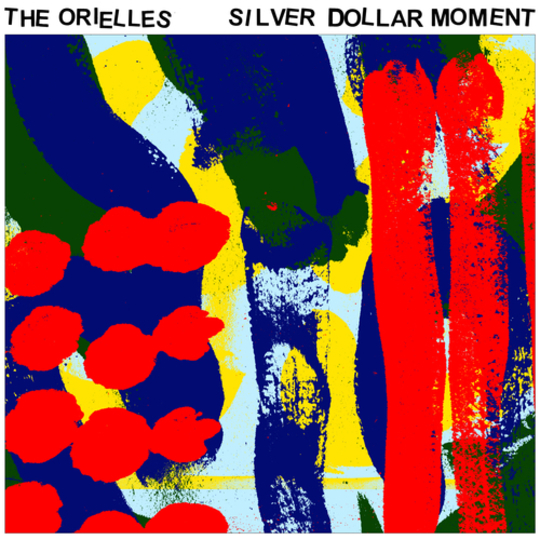 The Orielles are a young three-piece outfit from Halifax comprising sisters Sidonie and Esme and their friend Henry, and this is their first album – something audible in the freshness (with a dash of naivety?) of the sound with which it is infused.

They make music that will sound reassuringly familiar to any older listeners who still think of the guitar sounds of C86 bands or the smoggy fug of shoegaze when someone describes a band as “indie”. It’s a charming, laconic noise – from the cowbells that ornament opening track ‘Mango’ and ’48 Percent’ to the jangle of ‘Let Your Dog Tooth Grow’, punctuated by a few quirks and surprises along the way (‘Sunflower Seeds’’s electronic riffing, the mid-line chuckle in the enjoyably noisy ‘Snaps’, a skipped half-beat in closing track ‘Blue Suitcase (Disco Wrist)’ that makes you wonder if it is deliberate or a mistake).

Lyrically, most of the tracks have a sense of slight disorientation. Appearing to be often set in the everyday-bordering-on-the-mundane (“Late night’s got me yawning” “I see the sun in the sky… I see the moon at night” and, in ‘I Only Bought It for the Bottle’, a whole song about, literally, buying a drink because you like the label on it) they nevertheless are also quite hard to get a purchase on, to nail down what they’re really about.

In ‘Old Stuff New Stuff’, for example, the angry tone of the lyrics (“follow the trajectory of your lies”, “my impending doom” etc) isn’t matched by the music, which is dreamy and soft and rather pleasant, leaving you kind of confused about what’s going on. ‘Henry’s Pocket’ seems to be a generalised finding-yourself angst song - but why, then, does it insist that we are “all lost in your pocket”? And then, the title seems to suggest that ’48 Percent’ might be a Brexit (protest?) song, when it is in fact a charming Sixties-inflected romp, speeding up each time it reaches the chorus, dusted with “ba-ba-ba”s, catchy and cute.

If there’s a problem with the album it’s possibly in the even-ness of the tone throughout. The vocals are soft, tuneful and pretty, the tunes are melodic and often hooky but it’s not until the second last track – ‘Snaps’ – arrives with a bit more attitude and grit that you realise that this is what has been missing up until this point.

That said, almost every track here would work as a single, or heard by itself on the radio – they’re all decidedly easy on the ear. Highlights include ‘Sunflower Seeds’ – another that uses the speed-up-slow-down trick to pleasing effect, ‘Henry’s Pocket’, ’48 Percent’ and ‘Borrachero Tree’, which manages to combine a My Bloody Valentine-esque backing with confessions of feeling “overshadowed by shame” yet still sounds endearing and perky. Only ‘Liminal Spaces’ (rather dull country rock) and ‘I Only Bought It for the Bottle’ disappoint.

By all accounts a terrific proposition live, The Orielles sound at the moment like a band with huge potential to evolve into something better. Catchy, appealing, reminiscent of lots of other good things yet definitely with a personality of their own, this is a debut with bags of promise.

Man of the Woods