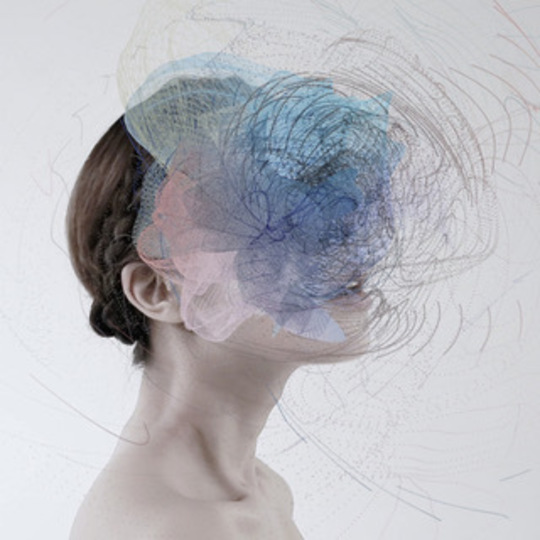 In Japanese folklore, the concept of the hatis noit relates to the stem of a lotus flower. While the flower of the lotus itself represents the living world, its roots come to symbolise the spirit realm. The stem comes to sit somewhere in the spectral realm between the two, so naturally it is here where Japanese vocal performer Hatis Noit positions her own music.

On her new EP Illogical Dance, she combines a huge range of styles from Japanese classical music and Gregorian chanting to opera, with a few pop conventions in the mix. The result is a collection that’s almost mystical in its genre-fluid design, though the almost spiritual nature of her work has trickled through from her youth. Hailing from Shiretoko – a small town in Hokkaido – Hatis Noit adopted singing as a calling during a trek to Buddha’s birthplace in Nepal when she was 16. There, she investigated a female monk singing Buddhist chants alone, awakening her to the raw power of the human voice.

As such, there are no samples to be found throughout the entirety of Illogical Dance’s three main tracks. It’s built entirely on vocal performance without words; even what sounds like the crunching of leaves beneath a person’s feet came from Hatis Noit’s own vocal chords. She instead connects the primordial and the technological in other, intuitive ways, building a musical language all its own. Ten-minute opener ‘Angelus Novus’ strings together sweepingly grand, operatic passages with more visceral and hypnotic chanting and whispered murmurs; they combine together in distinctively rhythmic and propulsive ways.

The collection is probably at its most astonishing on ‘Anagram c.i.y.’ where it’s sometimes difficult to believe that the clipped 'beats' and melodies aren’t made with sequencers and synthesisers. Yes, the vocal loops are stunted and manipulated to do Hatis Noit’s bidding, but there’s still something spellbinding about how she creates a dynamic intersection between the organic and the technological. It is the distillation of the nexus point between the netherworld and the corporeal that her name references.

‘Illogical Lullaby’ sits somewhere between both of these two tracks, again combining more stately and opulent vocals with patterns that are more childlike and innocent. It’s this track that experimental duo Matmos chose to create their own edit of (a deeply unsurprising move considering their previous collaborations with Björk, including on her 2004 album Medúlla, the almost entirely a capella nature of which Illogical Dance most closely resembles). It closes the collection, adding a number of new sounds into the mix from the muted sound of drizzling rain to clattering percussion and even some 16-bit punctuations. They turn what was originally marked as a lullaby into more of a fever dream, at times almost seeming eerily nightmarish. It’s a version that’s certainly not without charm and unpredictable intrigue, but sitting at the end of such an imperious collection, it does detract from Hatis Noit’s overall intent.

The magic in Illogical Dance lies squarely in the human voice itself; Hatis Noit bends her vocals into so many shapes that other instruments simply seem redundant. It doesn’t require any additional embellishment, finding a particularly sweet spot between fragility and raw power that’s constantly shape-shifting and presenting the listener with new ideas.