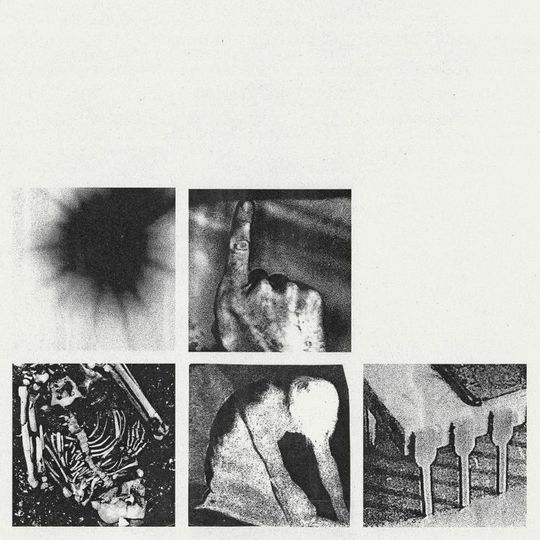 Don’t call it an EP, says the press release about a Nine Inch Nails record that most of us thought was the third EP in a three-EP series, the concluding suite to 2016’s Not The Actual Events and last year’s Add Violence. And sure, at 31 minutes and 18 seconds it’s technically long enough to be an album, even if at just six tracks (two of them near the three-minute mark) it doesn’t really feel like one. ‘Want to know why it’s being labelled an LP instead of an EP?’ wrote Reznor in response to a critical fan. ‘EPs show up with singles in Spotify and other streaming services = they get lost easier. EPs feel less important in today’s music-isn’t-as-important-as-it-once-was world. Why make it easier to ignore?’

Fair points, if a little cynical - but elevating this to the status of an LP loads it with expectations: this is going to sit alongside The Downward Spiral and The Fragile on all those artist pages, and it’s probably not too much of a spoiler to say that it shouldn’t.

That’s not to say Bad Witch isn’t interesting - it definitely is - but it lacks the coherency that we look for in an album, the statement of where the artist is at right now. What Bad Witch does is uplight a band that’s spinning like a blindfolded piñata kid, not quite sure which direction they’re facing but getting ready with the bat anyway. And with opener ‘Shit Mirror’ they just start whacking: violent and abrasive from the off it’s a reminder of Reznor old, of the guy who screamed about hating everyone on ‘Wish’ back in - good god - 1992.

It’s deliberate, that recall, and there’s a fair amount of it here - this ‘sense of the self-referential’ as Reznor puts it. But the danger with quoting is that it invites comparison, and whilst both ‘Shit Mirror’ and ‘Ahead Of Ourselves’ approximate the volume of the Broken EP nicely, the aggression never quite seems sincere - sure, sonically this might brutalise the ears (and some of it really does…) but it never quite cuts deeper. But hey, it’s nice to hear an angry Trent again, that familiar caustic howl attached to something raw rather than the kinda sanitised bleeps of Hesitation Marks.

What is new is the brass, and it’s great. The baritone and alto saxophones first seep in to the mid-point instrumental ‘Play The Goddamned Part’ (“There they sit taunting me in the corner. We pulled them out and we just started fucking around…”) and immediately the mood shifts, darker and lurid, the wallpaper wine-red and the shadows twitching beneath a flickering bulb. It’s discordant and uncomfortable but weirdly beautiful too, and there’s real feeling here, a playfulness and experiment that’s not really been present in a NIN recording this decade. They’re there again in ‘God Break Down The Door,’ jarring against the electronics and the beat and Reznor’s slo-mo vocal in a song that really, really shouldn’t work but - and it took a while to realise this - marks some genuinely exciting new territory, an intersect between their soundtrack work and their ‘proper songs’.

Elsewhere there’s the drone and scrape of ‘I’m Not From This World,’ a competent and crawling horror soundtrack that, again, recalls prior work - this time primarily the Further Down The Spiral remixes. It’s pleasingly uncomfortable but does get pretty atonal by the end, and it’s something of a relief when the loops of closer ‘Over and Out’ kick in, their steady rhythms the nearest to danceable that Bad Witch gets even if the initial promise is a little false, the pace giving way to a mournful - and very Bowie - vocal about the passing of time above a drained and desiccated guitar. “I think this keeps happening over and over again/Feel like I’ve been here before” sings Reznor, and after the shock of the album’s middle it does seem, yes, as if we’re back on old ground - solid, but familiar, and a little dull.

Which is a shame, because that hint of something different is compelling. “I’ve always been ten years ahead of you” runs a closing line here, and for a long time Reznor really was. Yet whilst Bad Witch is definitely guilty of too much looking backwards there’s enough to keep us focused on what lies ahead.

The Sea the Sea