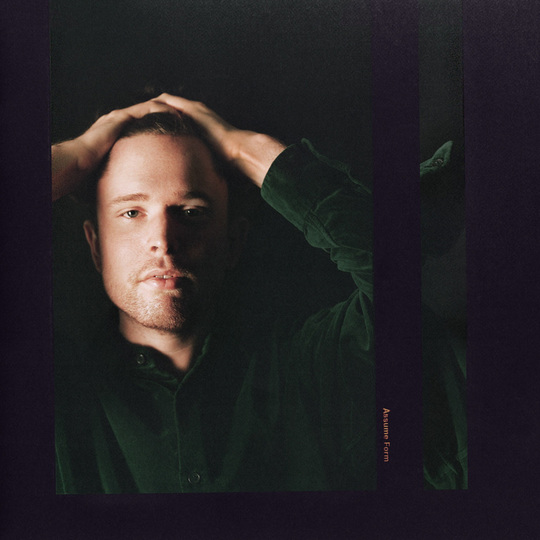 Remember when they called James Blake a ‘sad boy’? Well, you could pretty much say that this is his sonic response to that taunt. Although not exactly an album brimming with feel-good anthems, Assume Form does see the London master of glitchy ambience return with a collection of tunes that drip in romance, hopefulness and what seems to be a generally brighter outlook on life. But then, love can do that. Even the artwork speaks volumes about Blake’s headspace these days – gone is the imagery of distortion, gloom and blurriness, and instead here’s a headshot of the artist that is clear, visible and making direct eye contact with you. As far as its symbolism goes, it’s a good representation of the kind of attitude Blake returns with on his fourth album – he’s literally assumed form and appears to have got his shit together in terms of letting his reservations go and allowing other people into his world. There’s still lots of raw emotion and heart-on-sleeve confessional subject matter on here, but there’s a twist this time – this is actually a gushing love letter penned by a bloke that can’t believe his luck at landing his dream girl.

It’s no secret that this record has ‘Jameela Jamil’ written all over it since Blake’s relationship with the DJ/actress inspired most of the 12 songs, and it’s genuinely interesting and refreshing to hear the smitten tone of tracks like ‘Can’t Believe The Way We Flow’, ‘Are You In Love’, ‘I’ll Come Too’ and ‘Lullaby For My Insomniac’. It’s also not surprising then that these are the tracks that serve as highlights of the album, perhaps with the exception of the André 3000-guested ‘Where’s The Catch’, which is a four-on-the-floor bass-heavy number featuring distorted guitars and darker leanings in comparison to the rest of the songs. And there’s plenty of other impressive collaborators too – Travis Scott, Metro Boomin, Moses Sumney and breakout Catalonian artist Rosalía all contribute their unique magic to make this an incredibly diverse offering, particularly during the first half of the record.

But it’s really the warm, soulful beauties like ‘Can’t Believe The Way We Flow’ that define what this album is about, also serving as a reminder that Blake truly is the king of minimalistic glitchy twists and turns. Skilfully blending multi-tracked harmonies and hip hop samples with sugary vintage-sounding doo-wops, he sings to his beloved: “I could’ve used you in the early days… You waive my fear of self”. So yeah, there’s still a bit of vulnerability there but there’s also a strong sense of relief and gratitude that he doesn’t have to face things alone anymore. The hauntingly abstract production rolls on into ‘I’ll Come Too’, which turns into a sweet, chirpy and romantic little tune with beautiful strings providing a backdrop to hopelessly-devoted-to-you type lyrics, pledging “I do, I do, I do… Oh, you’re going to the brink? I’m going there too, why don’t I come with you?” Meanwhile, ‘Lullaby For My Insomniac’ gives a whole new meaning to less-is-more with multi-tracked vocals serving as a one-man-choir while Blake intimately croons “I’ll stay up too, I’d rather see everything as a blur tomorrow if you do”. Sigh.

Shapeshifting, swooning, spacious and echoing, ‘Assume Form’ defies genres once again while delving further into glitchy, cutting-edge production we’ve come to expect from Blake. That’s not to say there’s anything predictable or ordinary about the album – if anything, there are so many sonic curve-balls and WTFs throughout these tracks that it begs the question of how do you top this the next time around? Anyway, one thing’s for sure and it’s that Blake’s musical pallet is a fair bit brighter of late and you can expect a deeper, stronger and more solid vocal tone on much of the album. There’s also a noticeably heavier leaning towards hip hop and R&B production than previously, with the end result being a perfect blend of avant-garde ambience and bass-heavy, head-nodding beats. It’s a super classy effort.