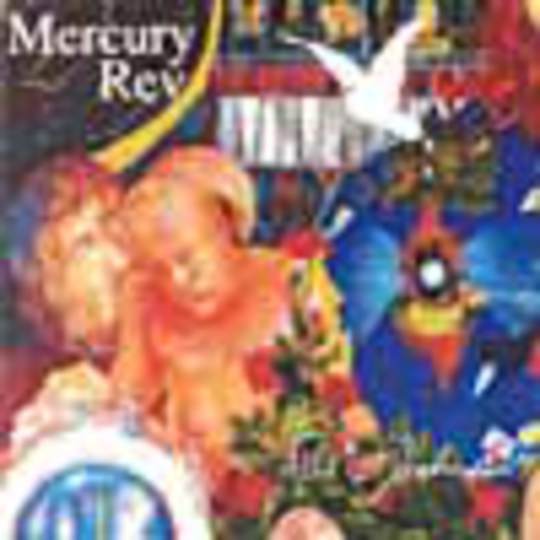 You're travelling through the desert, though maybe not as stifling as that sounds - maybe at night. It's somewhere open, anyway, far from London, far from here. Imagine you're walking through a canyon, the end just in sight, and somewhere beyond is just one guy toying with a piano. And suddenly the walls fall away and the sun shoots up and dazzles you and... here come the opening credits. Mercury Rev are back and still singing about nites and stars and (to these ears) still sounding like days and sunshine. So that epic scenario is actually called "The Dark Is Rising", all snow and dreams, but it's one of the least dark opening gestures for a while.

That said, Mercury Rev are just as much sky-watchers' music as chorus merchants, and the first three or four tracks in particular slip from ethereal to relentless and back with perfect continuity - the tiny postscript to "Chains" is almost inhumanly crystal-clear. What is obvious above all is that the gap between "Deserters' Songs" and "All Is Dream" may as well have been three months as three years; "A Drop In Time" is "Tonite It Shows" made insistent ("all mine... all mine"). So it seems Mercury Rev want your heart - but if you liked this, they probably had it already.