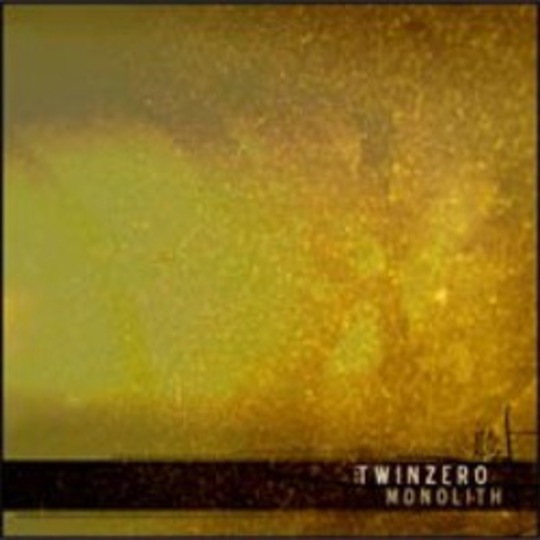 Epic prog-metal? Not Tool? EH?! This is the supergroup product of the recent British metal underground. Twin Zero have arrived boasting a gamut of cult heroes in ex-members of Sack Trick and Earthtone 9 as well as a gamut of drummers, one of which is a casualty of the first reality rock band, Vex Red.

Having evolved over a couple of years, accumulating band members and superior prog, with Monolith we can hereby collectively laud a behemoth of intensity. You'll find this record curveballing at your ears like a surreptitious snowball containing some high-grade spaced out rock offerings. After a timid, almost tribal opening you feel the full force of Karl Middleton's guttural groans in the apocalyptic ‘Earthbound'. Then come the six separate parts of ‘Monolith' that fuse together to form an epic masterpiece that fills up the majority of the record in a beautifully fluid and uplifting example of metal majesty.

The title could be thought to be building the record up ready for a fall, one may think, but where most bands wouldn't let a debut album feature a 22-minute title track for fear of commercial suicide, Twin Zero make this opus feel like a collection of pop songs with steady yet brutal riffs laying down the strong foundations for the awesome (as usual) vocals to create an undoubted mosh monster. This band seem to be finally grounded, and sitting on a record this solid, there could well be fruit borne of this sizeable talent.