Mary, Star Of The Sea 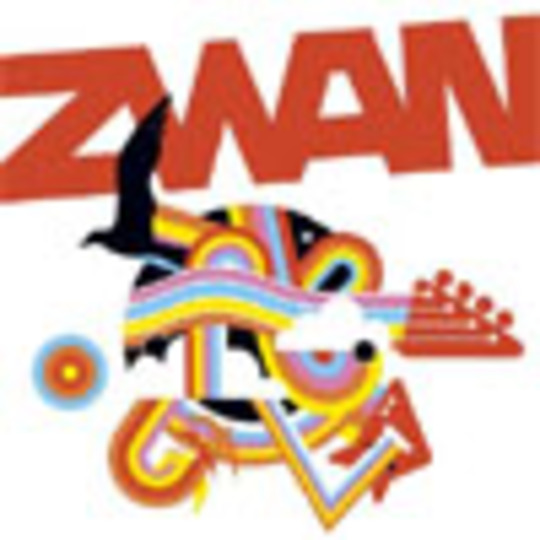 Unless you've been hidden away with Iraq's supposed stash of nuclear weapons for the past few years, you'll know everything there is to know about the history and genesis of Zwan.

'Mary, Star Of The Sea' is the product of 2 years of writing, road testing and getting in touch with what it is about music the five protagonists (the aforementioned Poets of Zwan) love so much, and it shows. Gone is the teenage angst of Billy Zero, in its place is the purest joy yet committed to record.

Consider opening lyric "Here comes my faith to carry me on / a faith not ungreat" your call to action. Denounce your false idols of pain and suffering, L.U.V. is the new I Hate Myself And Want To Die.

So anyway, in constructing the 14 tracks on offer, it seems there were two objectives:

1) If it moves, smother it in melody
2) If it doesn't move, squeeze enough soul into it so it does (repeat 1)

Of course, there are always going to be the comparisons to some band named after a big, orange fruit and they're mostly fair, but don't be fooled -- all the good elements have been implanted into a totally different creature. The country swagger of 'Come With Me' would never have sat comfortably alongside 'Bullet With Butterfly Wings' and the occultist love song swirl of 'Ride A Black Swan' or summery stomp of 'El Sol' don't have any of the self-loathing that marked 'Siamese Dream' as one of the staples of '90s angst.

There are duff moments here, naturally... 'Heart Songs' drags on like an Eastenders omnibus, and questionable lyrics such as the references to toast and tea in the otherwise excellent 'El Sol' are a bit limp. Also, name anyone who's pulled off a song with the words "baby" and "rock" in the title... no one? Thought so.

Pumpkins fandom aside, there's plenty to like about the album. It's a summery, positive, spiritually enhancing record, but it still has plenty of guitar-soaked thrust to get you bouncing about in your bedroom. 'Lyric', 'El Sol', first single 'Honestly', 'Endless Summer' and 'Declarations Of Faith' alone will nudge several of your favourite songs of all time out of your affections.