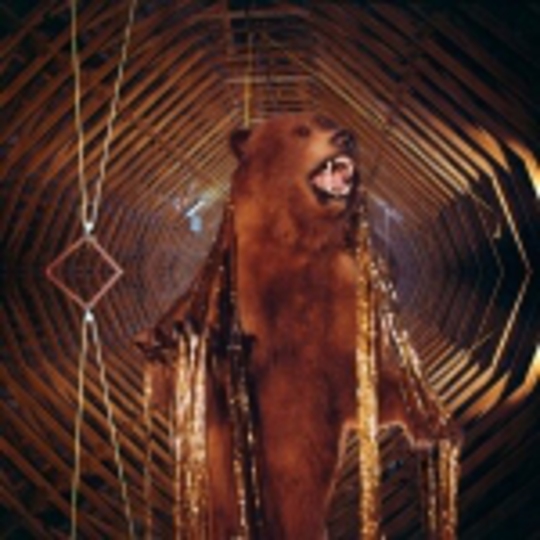 My Morning Jacket are generally considered to be the grandmasters of modern country by critics, despite having yet to translate said kudos into concrete sales figures. Nevertheless, the Kentucky-based five managed to clinch a deal with BMG last year and ‘It Still Moves’ are the first fruits of the new coupling.

Somewhat less-than-likely to “go all Shania Twain on our asses,” the ‘Jacket have simply grasped their opportunity to take their widescreen soul-searching to a wider audience – and all the better for us. Singer Jim James’s vocals cascade over whiskey-drenched landscapes of fuzzed out guitar and gut-wrenching melancholia. Straining and raw (think Embrace’s Danny McNamara impersonating Neil Young), the timbre is perfectly flawed and strikingly distinctive.

The lyrics, too, are every inch as packed with emotion. “People always told me that bars are dark and lonely,” mourns James on ‘Golden’, while the 9 minute-long ‘I Will Sing Your Songs’ laboriously explores the depths of human sorrow. Happily, the highs are just as spartan as the lows. ‘Mahgeeta’ and ‘One Big Holiday’ are blissful pop epics, overflowing with chiming guitars and mighty hooks.

Never let it be said, either, that the band skimp on effort. Like their last opus, 2001’s magnificent ‘At Dawn’, this album runs well over the 70 minutes mark. But that is simply because My Morning Jacket are rather lethargic by nature. All but two of the songs exceed five minutes, yet rather than bore you silly, ‘It Still Moves’ effortlessly slows you down to its pace and slyly draws you in like musical quick sand.

Mammoth in size, but as rewarding as the love of a tiny kitten, My Morning Jacket have successfully pulled another classic out of the bag. Still moving then; just very, very slowly.

Degrassi, Jetscreamer, Intentions Of An Asteroid at The Rescue Rooms, Nottingham, Nottinghamshire, T