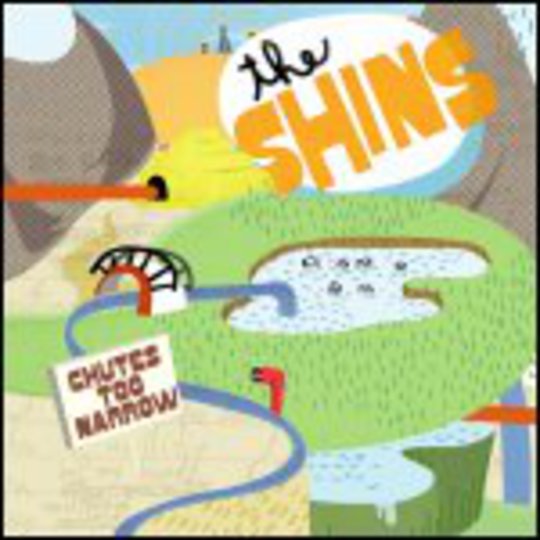 _6am and this review's consumed your life. You've got a crumpled head, cigarette shivers & that bottle of wine is calling you from the fridge. Surely it shouldn't be this hard. You stumble to the stereo and play the album one last time. A guitar strums like it's got the shakes. Gusts of reverb drift around. A drop-out sings…

"Called to see if your back was still aligned..."_

Music journalists? You can call us what you like. Say we're a bunch of press release-reciting retards who live off handjobs & promos from PR companies. Say we feed off the corpses of dead bands who we fatten and fawn-over and then slaughter soon as our knives get sharp. Say we're like a bunch of clueless, hype-happy ego-philes who feel more important than the music they're reviewing; who patronise their audience and write about bands like they’re discussing furniture.

Sure, you can say all of that. Hell, you might even be right…

But there's always a fork in the road. What happens when you love a record so much you can't even write? What d'you do when an album humbles you, hits you with such heart-grabbing immediacy, such strange, cross-eyed beauty that it leaves you wordless; unable to articulate just what it was that won you over in the first place?

This year you found that band. They're called The Shins.

Set against a summer of slavering Stroke-addiction, James Mercer's troupe of misfit indie journeymen released their debut 'Oh, Inverted World' in 2001. A humble, hype-less gem that initially went unnoticed by everyone bar a few bespectacled indiekids; file-sharing, word-of-mouth mumblings and a McDonalds advert eventually elevated it into a rare alt-pop hit, shifting over 150,000 copies. It proved they were as capable of lush, sepia-singed autumn elegies as they were brash, barbed new-wave romps, with songs echoing everyone from the Kinks to the Cure, Sid Barrett to Bacharach, but with enough of their own tricks to stop them being a bunch of boring Mojo-rockers. Or The Thrills. On their streamlined follow-up, the band has surpassed itself.

In fact, 'Chutes Too Narrow' is a glorious, 30-minute mini-pop-epic; a blanket of buried hooks and handclaps, cheap synths, thrift-store strings and stiff-lipped la-de-da’s. In his songs, James Mercer marries unravelling melodies and storybook-simple arrangements with his own cock-eyed curiosities; complex lyrical 'what ifs' about bungled relationships, regret and how to salvage a car-crashed heart.

But aside from the snapshots of sadness, there's an irony and humour in these songs – a dry wit and self-deprecation that makes his twisted narratives all the more appealing. On 'So Says I' – a razor-sharp slice of cynicism and jack-in-a-box riffs – Mercer sounds like some smart-ass kid, screaming for us to hear his sarcastic put-downs ('our lust for life had gone away with the rent we hated. Because it made no money nobody saved no-one's life.') Then there's the nervous, foxtrotting Kinksish jitter-pop of 'Turn a Square,' with its inspired lyric, 'just a glimpse of an ankle and I react like it’s 1805.'

Like Guided By Voices or the Go-Betweens, the band understand there's beauty in brevity; in performing songs at their most concise, stripped-down and powerful. Leaving not one chord wasted, songs like 'Fighting in a Sack' grab you by sleeve, grin and dance you into submission before crashing to a breathless finish. They also know a thing or two about dynamics, as opening track 'Kissing the Lipless' flits from wordy whispers to lung-bursting eruptions of panic and pain, with lyrics lamenting the death of some relationship.

But for all the praise and glory this album deserves, it's nothing compared to the glorious aural head-rush of the outstanding 'Saint Simon.' Coupling a jaunty summer-strum to jaundiced vocals about being lost and adrift ('I don’t have the time nor mind to figure out the nursery rhymes that help us out in making sense of our lives.'), the song reaches its climax with Mercer's voice straining to match the song's soaring string-lines, before collapsing into a set of sighed, resigned la-de-da’s and footloose guitar riffs. It's this song which proves that however perfect it may seem, however much 'Chutes Too Narrow' shatters all expectations their debut created, the band still has the potential for even better.

But right now, that's not important – we've got to go on what we have. And what we have is an album of love songs for the luckless. An album for tragic romantics and car-crashed hearts; poets, cynics, drop-outs and drunks. An album of lilting, literate, buoyant and brilliant pop music with melodies so memorable they may as well be burned into your brain; that goes closer than most in understanding how even the most simplistic music can incite such a strange, devotional effect.

"Something bad inside me went away," Mercer sings on the closing 'Those to Come.' There is no better way of explaining it…

No Sleep No Need EP