Who Will Cut Our Hair When We're Gone? 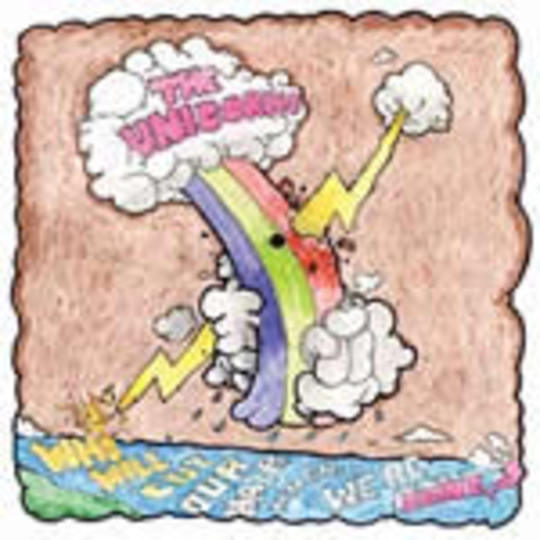 Death is huge. Palpable, unpredictable and all encompassing, it strikes with an intensity leaving it misunderstood by many, feared by all.

Coming on like the Hewey and Dewey to Stephen Malkmus' Uncle Scrooge, the Unicorns' sophomore offering ‘Who Will Cut Our Hair When We're Gone?’ (getting a release on Rough Trade almost a year after it was unleashed in the US) is a rare lo-fi indie-pop masterpiece that tackles death head on with humour, humility and penny whistles. Your Gimmick-o-meter may already be off the scale, especially if you've heard that live shows can often include puppet shows and finger buffets, but a couple listens to the mix of morbid humour and fundamental pop sensibilities rife through "Who Will Cut..." may well be enough to change your mind.

Signature track and live favourite ‘I Was Born (A Unicorn)’ is a good example of how the Unicorns get by. Over nervy guitars and disco drums, vocalists/multi-instrumentalists Alden Ginger and **Nicholas "Niel" Diamonds** argue mid-song with lyrics that could have been directly culled from a Muppet Show episode ("I write the songs!", "I write the songs!", "You say I'm doing it wrong!", "You ARE doin' it wrong!") before it explodes in a cloud of falsetto whinnies and neighing. It's the best fucking pop song you've ever heard.

While not painting caricatures of themselves, they're sporting bouncy keyboards and subtle harmonies, sounding like the spiritual brothers of Mates Of State ('Les Os'), tearing off blistering one minute punk without the pretense ('The Clap') and taking on foreign oil crises and nuclear war in the best sub-funk impromptu rap solo you've ever heard ('Tuff Luff'). The mood is buoyant, the instrumentation is varied and the childlike naivety runs rampant throughout. Book ended by tracks 'I Don't Wanna Die' and 'Ready To Die', ‘Who Will Cut...’ exists entirely in its own little world.

'Wait a second, though.' - you're probably thinking - 'Penny whistles? Songs about having bones made of jelly? Canadians? Isn't this just all conceited art-school dropout bollocks?' Quite possibly. If there weren't so many pop gems on this album, judging by the hand-drawn artwork and song titles alone, you could get rather tired of the Unicorns’ schtick by track four. But if you have an ounce of immaturity inside you; an ounce of will to stop agonising over achingly hip artists who wouldn't dare laugh at themselves; an ounce of fun inside you, you need to hear this album.

So spread the news: death is coming. And it's going to be awesome.

The Best Of Babes In Toyland And Kat Bjelland