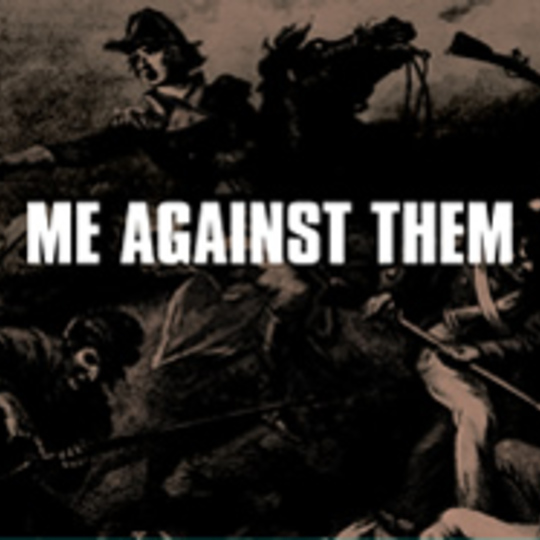 Why should rock and roll just revolve around the decayed and dust-ridden (oh if Marjorie Dawes was here now) corpse of Elvis Presley?

Quite simply, there's more to life than recycling the works of some bloated geezer who's been dead for 27 years and counting. I mean, if the chicken kept on producing the chicken, what would there be to dip your soldiers into?

It would be easy to call Me Against Them "retro" - easy but unfair, because they have an uncomprising attitude that is probably only rivalled by the debauched puppet-like corpses of The Wildhearts in terms of kissing the rectal spheres of those in authority.

At times, their eponymously titled debut album strikes a similar chord to the halcyon days of Ray Davies and more latterly Gaz Coombes - see 'Crucify The Crucifiers' and 'Shoot The Mesenger' - whilst still ensuring that rock'n'roll vaudeville's excess of JD & coke isn't left on the bar for lesser mortals to swag and blag.

If originality was the forte of all logic, then the evolution of popular music would have probably expired in 1979. Thankfully, reason has ensured that devolution is as vital as its incestuous brother and therefore the likes of Me Against Them are able to create their own platform for re-education.