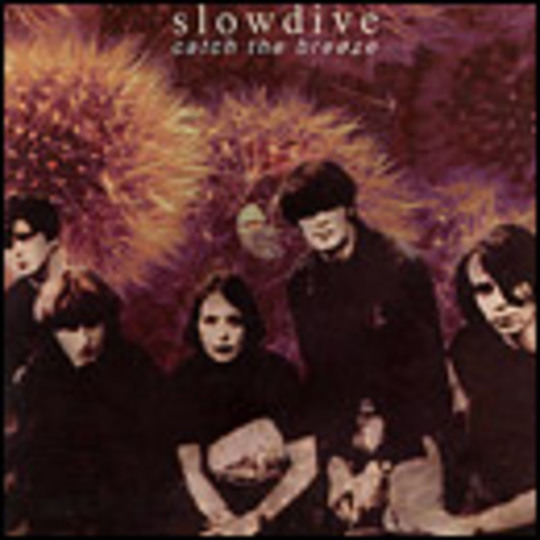 Not so long ago, mentioning the name Slowdive would have been more likely to induce outbreaks of violence on oneself than showing the proverbial red rag to a bull.

Richey Edwards once described them as being more evil than Hitler, Noel Gallagher threatened he wouldn't sign his then-fledgling band to Creation Records unless they (and their peers at the time) were immediately dropped by the label, and journalists up and down the land had them down as "shoegazers" - pioneers of the so-called "Scene That Celebrates Itself" no less.

To simply take the foundations of their main inspiration (My Bloody Valentine) one step further and lavishly help create two new genres (alt-country and post-rock) along the way. Treason or perjury it is not, and this anthology takes in 25 tracks spanning the Reading based quintet's five year recording career before main songwriters Neil Halstead and Rachel Goswell upped and left to start Mojave 3.

In the beginning then, it was all about distortion pedals, feedback and tremolo, with the ambient noise of 'Slowdive' and 'Morningrise' sounding like lost outtakes from MBV's 'Isn't Anything' sessions and the cathartic 'Avalyn 1' possibly providing the inspiration for people like Stuart Braithwaite and Aiden Moffat to go out and form a band.

However, even in the early days it was obvious that Slowdive were a trifle more ambitious than some of their counterparts, and the mouthwatering harmonies of Goswell and Halstead make their cover of Syd Barrett's 'Golden Hair' one of the most startlingly haunting pieces of music you're likely to hear in this or any other year. So God knows what it must have sounded like to the post-Acid House generation when it was recorded in 1991.

As the years progressed, so did Slowdive's music, and it would be fair to say that none of their three albums sounded that similar, as second album 'Souvlaki' expanded the first long player's ('Just For A Day') ethereal classicism by experimenting with multi-layered vocals and several dub plates - check out the extraordinary dub shuffle from Mars that is 'Souvlaki Space Station' for example. By the time the band released their final album 'Pygmalion', they were just fulfilling contractual obligations before the inevitable parting of ways with Creation, and yet instead of going through the motions and churning out a colection of rehashes and demos, they decided to re-invent themselves again as ambient-country rockin'-space cadets. Which ultimately paved the way for Mojave 3.

As an introduction to the talents of Neil Halstead and Rachel Goswell, 'Catch The Breeze' is an essential collection that sounds timeless even today, and should also finally redress the balance in Slowdive's favour ensuring their epitaph reads "experimental pioneers" rather than derogatory references to fascist dictators.

We Are Little Barrie