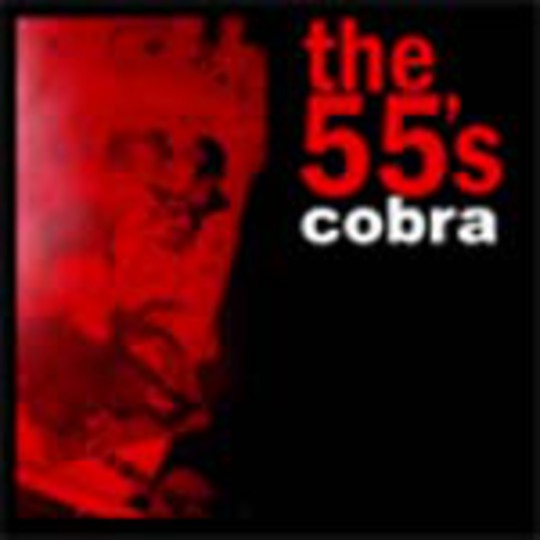 I know nothing about The 55’s. I am informed “The 55’s are mother, evils valentine, stumbling greg rocket aka el nin aka blondass and rambling al rocket aka 5 string al.” I still know nothing about The 55’s, other than they’re based in Edinburgh and that Edinburgh’s entire musical output (other than those are-you-still-here? Idlewild folks) is released on SL Records. This CD was funded by a grant from the Scottish Arts Council.

’Cobra’ is likeable indiebluespunk (or something), 16 tracks – often difficult to tell when one has moved onto the next - verging on the shambolic, sounding like it could’ve sprung out of any year since 1980. Dig out any old Melody Maker cover tape from these ‘lost’ years and you will find at least one band on it which sounds like The 55’s. Unless it’s the Romo tape.

But, ultimately, The 55’s are what Alabama 3 might sound like if they had a Half Man Half Biscuit fixation instead of an acid rock inclining, with nary a song over two-minutes long. It’s the album I half expected Sons And Daughters to make, but didn’t. They’re the sound of old skool late-night Radio 1. In other words, they are John Peel personified; and that can only be A Good Thing.

Not exactly world-changing, but another colourful feather on SL’s increasingly colourful hat.