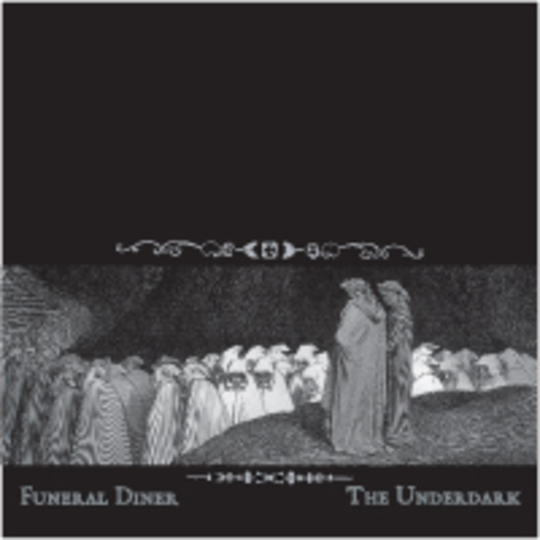 Featuring members of cult late 90s screamo bands Portraits of Past *and *Nexus Six *seems to have played a huge part in the rise of San Francisco’s *Funeral Diner, becoming one of the most talked about bands in screamo circles in the seven years since their formation (that’s underground ‘screamo’ as opposed to overground $crEmo), with due credit given to their many split 7” and EP releases, and infrequent visits to these shores.

This is their second full length release and varies little from their usual style: meandering instrumentation, stark, out-of-focus screams, depressive lyricism and similarly evocative artwork. They’re aspects that’ve become inextricably linked to the band, but it’s the way in which such dark, melancholic imagery is bound to their harsh, abrasive style that becomes somewhat difficult to digest, and this album in particular doesn’t swallow well.

Their approach is simple enough - create a tense and unnerving atmosphere for the listener, through both lyrics (“The darkness surrounds you… surrounds everything / this is the home, the dark, the warmth / and you know you can’t leave / so welcome to the terrible weight of failure”, ‘Collapsing’) and a never-ending smatter of bleak guitar chords merging mercilessly into one another. But it’s a poor production, lack of focus – and the simple fact this is _not _*Cult of Luna *- that drags this album down. Each song starts off well enough with vague tremors of promise, but as it trawls valiantly through a fog of vacant melodies with no guiding light except the distant cries of vocalist Seth, each track's unnerving crescendo becomes nothing more than a miasmic blur that exacerbates the song’s lack of clarity.

The album continues in much the same way with no real focus holding each song together; a sparkling keyboard / guitar melody shimmers faintly in ‘Is It Good That We Never Met’ but it’s the only defining feature of a song that has no option but to fade away shamelessly at the end.

An intensely despairing album with a message as cold and resentful as the music that frequently lurches forth, it’s sadly their lack of ambition, or ideas, that make ‘The Underdark’ one to pass by.