DVD Roundup: The Good, The Bad And The Downright Reef 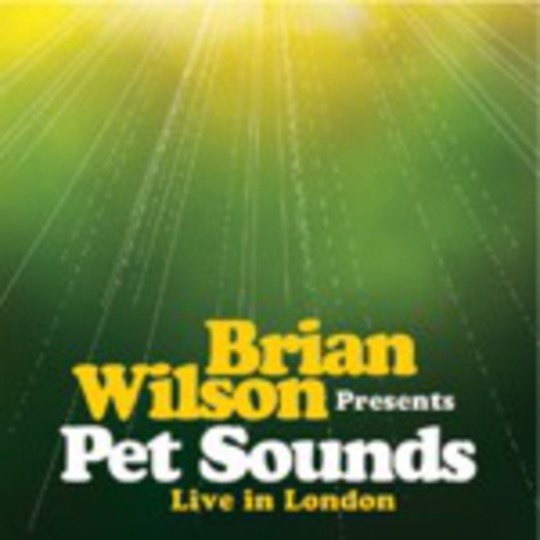 First mistake: Like a wide-eyed E-numbered child on Christmas Day, we open the biggest and best present first: until saved at the last, everything else is an anti-climax.

So, it's a beyond-hearty recommendation for Brian Wilson: Pet Sounds Live. (4.5/5) Recorded last year over six nights at London's Royal Festival Hall, the DVD, as it says on the tin, runs through all of Pet Sounds in order with an additional 'Good Vibrations' thrown in. Despite an uneasy-looking Brian Wilson doing an uncanny impersonation of an aged Thunderbirds puppet, the whole thing is utterly, spectacularly wonderful. As has already been commented in the media, over those nights, the live performances actually topped the album (yes, probably the best record of all time), ergo, making it six very, very special nights indeed. The key (apart from the songs) are the vocals. Supplied by the ten-piece band, they're simply jaw dropping. Plus the fact that, when they play 'I Know There's An Answer' they all carry shit-eating grins that say "ME! PET SOUNDS! BRIAN WILSON!" and the bastards realise that at that moment, they have the greatest jobs on earth. There's also the bit where, alone in the DiS front room, this reviewer actually claps at the end of 'God Only Knows'? As well as an hour of multi-instrumental wonder, there's an excellent 40-minute documentary on the making of Pet Sounds boasting interviews with all the key players. We had to stop halfway through, though, so we could get onto Reef.

Second mistake: playing a Reef live DVD having previously played a concert recording of the greatest album of all time. Actually, the second mistake was just putting on a Reef DVD.

I'm not going to mince my words; Reef: Live (1/5) is utter, utter, shit. It's appalling. Recorded in their last musical stronghold and entertaining the tasteless, neanderthallic O'Neil-wearing grunters, of Bristol, the newly Unabomber- styled band wheeze and gurn their way through a selection of 'hits' whilst trying to not look utterly desperate as their last vestiges of dignity and hope slip away? The sound is terrible, there are about two cameras recording the evening's monkey gymnastics, and the band's stripped down ethos does themselves little or no favours. Even the earlier songs in their career are delivered in a way that suggests no sense of caring or love for their music or their past. The whole DVD is basic, shambolic and cringe-inducing. Rather like the band itself. Oh, there are also a selection of videos included from their time at Sony.

Third mistake: Sitting on the couch without moving, and staring at the screen for three hours. Like the best hypnotherapist's patient, I'm getting very sleepy.

But it's okay, because next up to contend with, is the pounding (excuse the titular pun) indie assault of Doves: Where We're Calling From (4/5). Recorded in the sumptuous backdrop of the Eden Project last summer, the disc's presentation matches that of the concert venue, and seemingly inspired, Doves deliver an awesome set that reminds you why, 18 months ago, they were one of the most exciting live prospects of the moment. 'Pounding', '_There Goes The Fear', 'Words' and 'Satellites_' (all recorded on about a gazillion different cameras with pretty lights) prove that Goodwin & co really are the true heirs to the Manchester music throne. The recorded set is a brief nine songs long, meaning that your attention is held throughout. The package is supplemented by all eight of the band's promo videos, plus documentaries, home demo audio sections, a hidden Sub Sub documentary and gig intro's. Phew.

No disrespect to Siouxsie and friends (who, it must be said, look spectacularly well in the band's 27th or so year), but an hour and a half of grinding feedback, dissonant squalls and a middle-aged gothed-up crowd do not, the revitalising tonic make. It all sounds rather impressive, but as a fifth song mutates into an equally abrasive and not-unidentical sixth and so on, things get a little uncomfortable. The biggest let-down however, is the behind-the-scenes documentary that reveals the Banshees to be so ordinary as to utterly ruin the point of their existence.