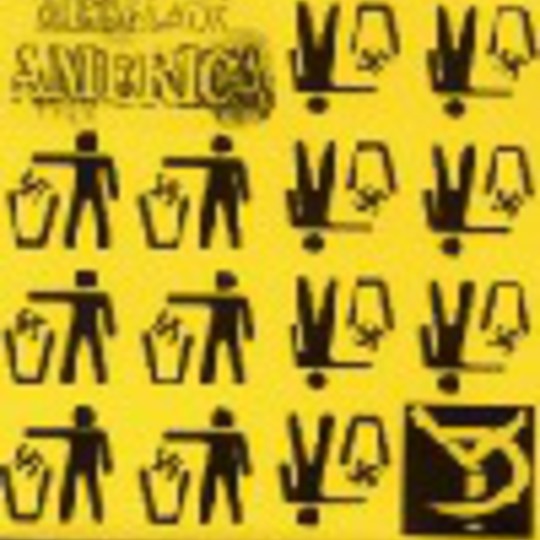 MBA’s Drowning By Numbers, at once loud enough and treble-y enough to allow the song to rock out without needing to swamp the tune in distortion, winds itself round a spiralling, helter-skelter guitar line which is very nice inDEED. The chorus is of the rebound-around-your-head-for-days variety, the kind that you embarrass yourself with by humming it absentmindedly in public(yeah you do - we’ve all done it). And this chirpy rhythm is the basis for a song that perversely skirts away from actually feeling chirpy, leaning more towards a bloody-minded, refusal to be resigned, well-yeah-so-what attitude. Which means the whole thing ends up with a slightly schizoid feel to it - or maybe it’s just the phantoms produced by an awareness of its Comeback Single Status. But either way, that feeling doesn’t disguise the fact that this is a very good song indeed.

And next up is CIA with Reclusive Coma, kicking in with a surreal, spaced out guitar which continues to chime over the rumbling, thunder-without-rain boding feeling of the first verse. And then the explosion that is the chorus roars into being in the form of a swerve into harsh distortion which feels as if they were seeing how far they could push the song before it snapped. The whole song has an aura of menace to it which has you listening for something nasty between the notes, and the crooning vocal drips contempt over a song with a severe bite to it. The whole thing culminates in a glorious bridge composed of a shimmering, screeching guitar over the distortion-background which marks the chorus. It’s a nasty, twisting song, but one pulled off with definite style.