All The Things She Said 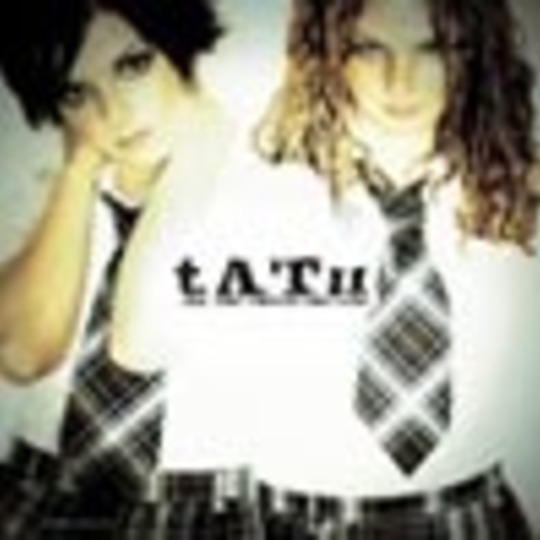 This is your first and final warning. Take cover now, for the onslaught of t.A.T.u is upon us. There will be no escaping from this pseudo lesbian teen girl Eastern European import for the next month. They're on The Box constantly, Radio 1 has started to hammer the track and The Face has splashed out a six page feature on them...so what's the story?

The story is simple, **Lena** (18) sings about "crossing the line" with her friend **Yulia** (17). In their video they grope and snog each other in school uniforms behind a chain link fence whilst getting doused with water and being watched by disapproving Russians. Think '_Baby One More Time'_ genetically spliced with '_Dirrty'_ and you're halfway there. The tune itself is pretty original, for something so carefully targetted at the number 1 spot, a big electro rock/pop track with tinges of everything from Ultravox to ropey Eurovision Song Contest entries. When I hear it I sing along, it's certainly catchy.

Therefore, it's rather a shame that the song itself will be seen as secondary to the video. Not that you can knock t.A.T.u's management for taking this route. After all, this single has been huge all over Europe and their debut English language album, '200 km/h In The Wrong Lane' (well done, very subtle) has cracked the million-seller mark without setting foot in America or the UK. With these two markets now totally onboard global domination seems assured.