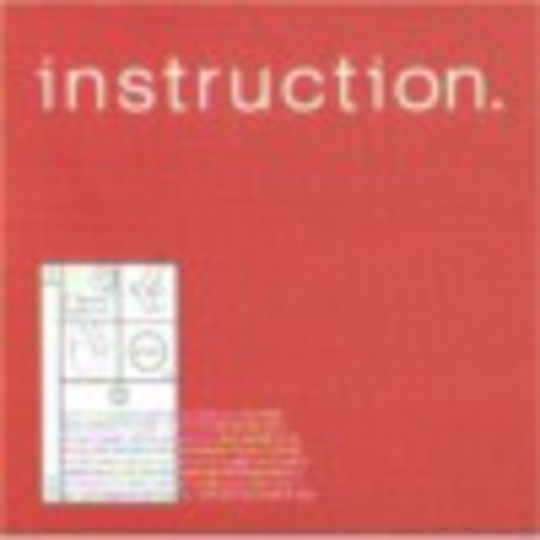 Instruction.(that's Instruction-period), made up of three-quarters of the criminally ignored Errortype:11 plus the ex-guitarist of Quicksand, are a band of ideals, a band with something to say, and that's something that's all too rare in bands these days. Thank fuck for Instruction.

New York's soon-to-be finest purveyors of garage rock - that is, sweaty, beer-swilling, two-fingers-up-at the-world garage rock - are the perfect antidote to the current crop of skinny-tie wearing Americans being shamelessly thrown into the faces of the MTV2 generation. Quite simply, they are a cathartic wake-up call to anyone who thought that proper rock bands were a thing of the past.

Songs of passion, intent, and viscerity. Songs about the state of music today ('Death To The Four Car Garage Band' and 'Your Punk Sucks', are about garage-rock and punk-pop respectively). Songs about believing in yourself ('Great' - "you are gonna be nothing/and I am already great"). Songs about knowing you're right ('Pissed Me Off Again'). Real songs, with real messages. Songs for everybody.

Crunching riffs, snarling vocals and even a dual guitar solo. It's like Rival Schools on heroin, or Nirvana with balls. It'll make you want to sing, scream, or give your boss the middle finger. You're gonna love it.