Around The Square EP 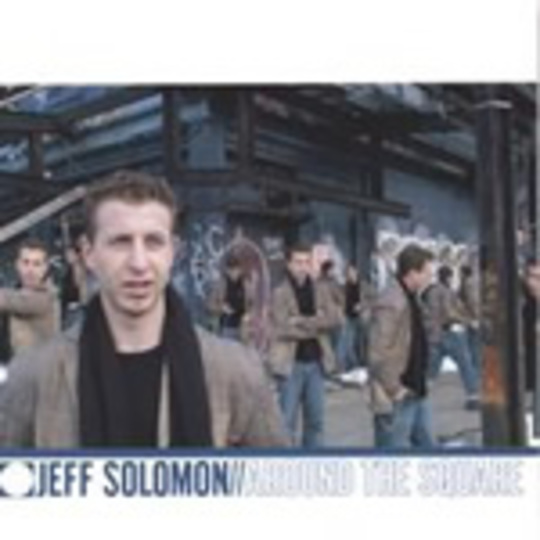 In late March this year I found myself wandering through New York streets, falling into the occasional tourist trap, exploring galleries and for the most part, gleefully letting it swallow me whole and render me anonymous in a matter of seconds. Sadly, in seven days it was all over and I was back to reality, which is probably why i should hate resident New Yorker Jeff Solomon, but listening to his debut EP makes that somewhat difficult.

Around The Square is a promising collection of songs that display an impressive amount of weight considering most of them are centred around an instrument that weighs about as much an apple (the humble ukulele). 'Temporary Song' is one of the strongest on offer, immediately likeable and full of nuances to pick over - if Andrew Bird chose the ukulele as his weapon of choice as opposed to the violin and wrote unashamed pop songs with choruses begging to be sung to, this is probably what it might sound like. The sly jazz of 'I Sit Around Too Much' is decorated with woozy horns reminiscent of The Sea And Cake and oozes the smoke and bustle of New York atmosphere.

But with the romanticism of the city also come the tired stereotypes. Ponderous clarinet and alto sax lounge awkwardly throughout _'Am I Still?' and 'Your Eyes', the latter also suffering from the use of soulless programmed drumbeats, one of very few regrettable choices made by producer Andrew Felluss, who otherwise gives 'Around The Square' a clean arrangement.

Despite it's minor deviations along a path perhaps only previously trodden by the theme tune to The Cosby Show, Around The Square is greatly promising in terms of Solomon's songwriting and arrangement, compounded by the rich, strutting 'Gramercy' which recalls Rufus Wainwright at his more honest moments. Many records claim to offer the sound of New York in it's entirety, but this EP is one of the most honest you'll find.

Around The Square can be streamed at jeffsolomonmusic.com and ordered at CDBaby.

AKA The Fox, Thee Comrades, Drive By Argument, The Very at Liquid Rooms, Edinburgh, Scotland, Sat 20