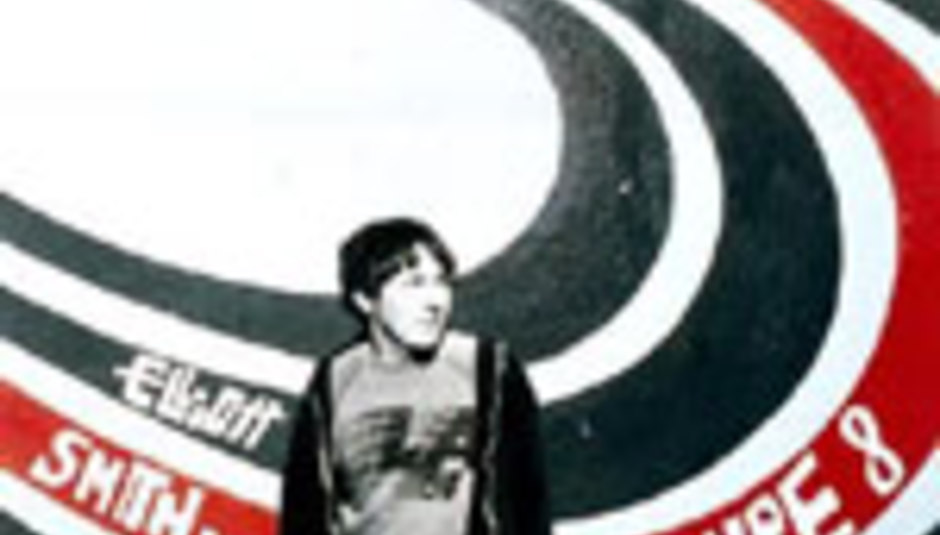 Disclaimer: These lists are near impossible to do, so they're not in order and there are some things which have been obviously neglected the time they deserve, but this'll do. The day Elliott died took months to truly hit me. The thought of never getting to see Smith performing live (despite still having a unreturned ticket for his cancelled Festival Hall show) and that he'll never make anything new was hard to truly fathom.

Figure 8 is here on the technicality that I can't choose which is my favourite ES record and because it was the only finished record eligible. If your world hasn't yet been beautified, entranced and enhanced by his gentle soul - gazing through child-like eyes whilst blocking out regression with drink and drugs - then this is a perfect start to an obsession. There's a whole world inside this record. It's like a trinket box of toys, Michael Jackson basslines and magazine cuttings covered in suicide note lettering. The way this record takes splinters of so many strands of popular culture and cult influences then puts them back together with suss and oomph is something to truly cherish. With all that Interpol money, their next record (due in 2006) awesome bits of of which were previewed at SxSW, is going to be massive. One of the most under-rated records of the last 5 years, possibly. Whilst Postal Service made something only the country that brought us Dawson's Creek and incited global terror could, Scandanavia gave us this and Junior Senior.

O' Conor! This is a majestic masterpiece with Mike Mogis excelling on production duties and the first sign of Mister Oberst coming into his own lyrically and with his mangle of intimate lo-fi and Empire State-sized arrangements. However, had 'I'm Wide Awake, It's Morning' been out a little earlier to have the time to truly appreciate it, this might not have made it - it'll probably be in my 10 years best of, given time.

Let the argument about which record is best or how he's _so_ over-rated ensue... There's none bigger, nor definitive. And Sleep is possibly the most relaxing song ever written. 13 Tales is contradictory proof if any was needed that drugs sometimes work and are way cooler than struggling with ancient philosophy to escape/make sense of existence. This is not an endorsement. Nor is it an advertisement, which brings me on to the subject of SHUT UP YOU LOSER INDIE KIDS WHO ARE BOTHERED ABOUT THE 'COMPROMISE' SELLING ART TO COMMERCE TO PAY THE RENT. ...And You Will Know Us By the Trail of Dead Madonna

This started a movement that got rid of trapped wind in the bowels of hell. Combine this and Relationship of Command (as they did by playing a Reading Festival warm-up together, which was one of the best and most indie point scoring shows, ever) and you have a lethal, inspirational cocktail with a hangover that will resound for decades. The sheer purity and spectre of this record still makes me feel so filthy and small. Pop was made to be hijacked by people this interesting. Chutes Too Narrow is near perfect and has barely left my CD player since the day I first heard it. This record is the main reason why not as many records/demos that come in get listened to as we'd like to. It still sounds fresh and vital. And makes me think of home (Weymouth, Dorset). Cat Power You Are Free

Chan has a reputation that proceeds her, but people seem to neglect that she's one of the greatest songwriters of our generation with the most intoxicating voice. A voice that's delicious, like turkish delight dunked in amaretto coffee. If she's 'crazy', send me to the mental home...

Missed by a hair's breadth...

Sparklehorse - It's a Wonderful Life

At the Drive-In - Relationship of Command

Murder of Rosa Luxemburg - Everyone's in Love and Flowers Pick Themselves

And the albums my life has gone into putting out on the Drowned in Sound Label.