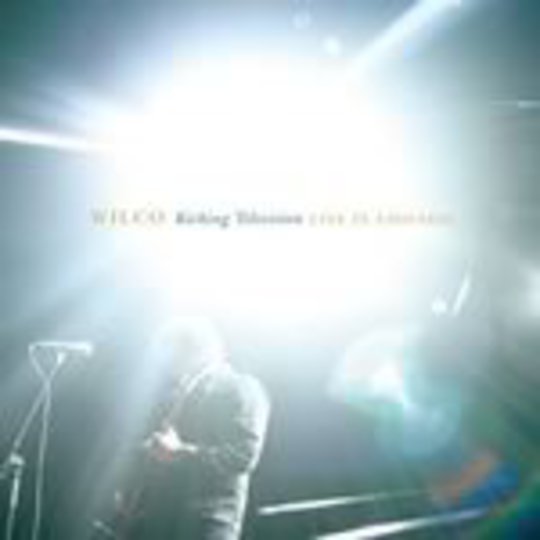 A live album from Wilco** is like a postcard home from a wayward child. A mere snapshot of activity before their seemingly constantly state of flux carries them off again, rearranging band members, shunning their given genres and growing facial hair. _Kicking Television: Live In Chicago_ is composed of tracks recorded over four nights at The Vic Theatre, a venue packed with rapturous and rabid Wilco fans hollering and whooping in the right (and occasionally wrong) places. The mood is buoyant, the banter is sporadic and the outcome is patchy, if not mostly enjoyable.

The majority of songs here are taken from the most recent full-lengths, Yankee Hotel Foxtrot (the all encompassing 'American classic') and _A Ghost Is Born_ (the stark and pristine almost-rejection of alt. country). All are blessed with an injection of life and fun and in some cases this works to their benefit - the once throwaway _'The Late Greats'_, previously an afterthought to ten minutes of atonal droning, becomes a dynamic stop-start country strut adorned with honky-tonk piano and guitars that burst open. The similarly poppy _'Hummingbird'_ remains true to its bouncy, Wings-ish original while the crowd practically explodes at the busy drums and Grandaddy synths of _'Heavy Metal Drummer'_. The added life is welcome here but when applied to more subtle tracks, it becomes an irritation. The previously heavenly breakdown of _'Muzzle Of Bees'_ was weightless and understated, whereas here it becomes heavy handed and muddled. The epic (but occasionally tiring) _'Spiders (Kidsmoke)'_ similarly loses a lot of its clean dynamics, replacing them with brutish and thoughtless riffing.

For the majority of the performances though, it's plain to see that Wilco are as tight and unified as reluctant ringmaster Jeff Tweedy believes they are. When the band truly comes together, there's a lightness of touch and a winning intimacy. Glenn Kotche's drumming is adept, artful. Mikael Jorgensen hammers keys when appropriate, delicately brushes them when not. The results are heard on the beautifully cyclic _'Company In My Back'_, the sultry lounge of _'Jesus, Etc.'_ and the fractured _'Poor Places'_. The overwhelming feeling is of comfort and possibility - a promising position considering rumours of a new album due late next year.