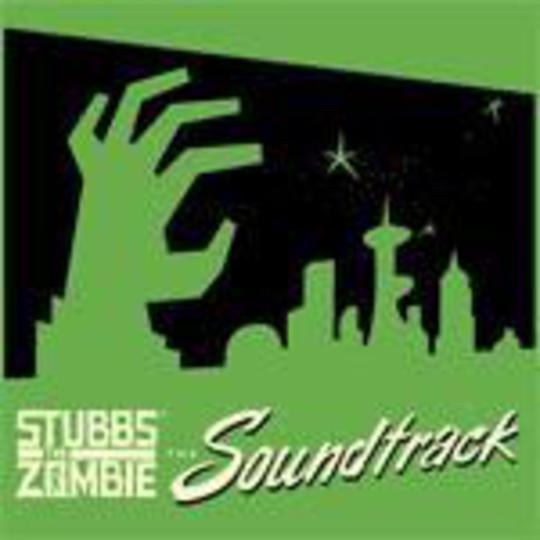 Confession time: I’ve not bought, for myself, a computer (video?) game since I was… um… much younger than I am now. The last time I sat down in front of the tellybox and plugged a barely working pad into the black plastic square below it, it was for a head-to-head match with the girlfriend on… wait for it… Micro Machines. On the Mega Drive. That’s got to be over ten years old now, at least, right? **Stubbs The Zombie is a game available for some machine called XBox, or something, but that doesn’t interest me – what does is this, the game’s quite brilliantly odd soundtrack.

Granted, this could have stunk, and a couple of songs fall short of their original renderings by some margin. The Dandy Warhols’ take on ‘All I Have To Do Is Dream’ is an unsatisfying fuzzball of directionless mumbling, and Cake’s ‘Strangers In The Night’ is frustratingly ironic in its execution – it’s one song that necessitates the apostrophes about its title, whatever the house style. These are minor gripes, though, as elsewhere contemporary talents truly shine, even if their contributions fluctuate between honest translations and quite unusual reinterpretations. Trust The Flaming Lips to chip in one of the weirdest tracks here: ‘If Only I Had A Brain’ was fairly bonkers to begin with, but Wayne et al transform it into the strangest two minutes here. It sounds as if the band employed the two-dimensional talents of fifty per cent of the Cartoon Network’s stars, so surreally high-pitched are the chirping background voices.

Oranger’s ‘Mr Sandman’ is all but faithful, a little extra amplification and heightened slacker attitude aside, and The Walkmen’s ‘There Goes My Baby’ is great, but it’s the aforementioned efforts by DCFC, Rogue Wave and Kweller’s brilliant ‘Lollipop’ that comprise the head-and-shoulders standouts. You know how they go already – how can you not? You’ve seen Back To The Future, right? – but the twists these new versions provide are worth shelling out for and enjoying time and time again. The game? No idea. Can you play XBox games on a Mega Drive?