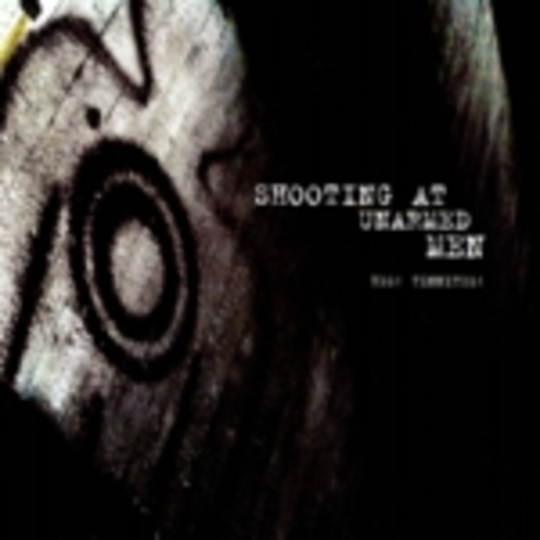 Jon Chapple lights a fuse, sticks his fingers in his ears and begins to run. By the time the explosion hits, Shooting At Unarmed Men will be on hiatus and Chapple will be safely in Australia starting afresh, away from the critics who tore into mini-album Soon There Will Be.. for lacking ‘good songs’. Surely, the brooding anger bubbling below the surface of Yes! Tinnitus! will finally teach us all not to mess with the Chapple-led trio, as the aural nail bomb explodes and we’re plastered with sharp-tongued masterpieces.

That's the idea at least. Yes! Tinnitus! tries hard to discard the floundering filler present on their previous effort, but it seems for every example of excellence is one of relative indifference. Leading single 'Girls Music' is a calculated, venomous verbal assault set to the album’s typical sound: angular, single-tracked lo-fi guitar, not high on gain, yet buzzing enough to satisfy the discerning post-punker. It represents the Unarmed collective’s best work to date, yet at the other end of the scale some songs chug sluggishly along towards their destination, and the lack of bass in the out-of-tune wall of noise that 'I Cry For No Man' becomes leaves it feeling more like a non-event when placed next to the more promising moments.

Aside from the aforementioned single, Yes! Tinnitus! harbours two hidden gems, and they’re songs based on merit rather than the tongue-in-cheek lyrical insults you might expect. One, 'Pathos Ate Bathos', sounds like Diet Fugazi: a waltzing, stop-start number with a three bar pattern, high on instrumental work, although there are occasionally quiet, distant vocals that fight to restrain the distressed yelps that occasionally surface. Elsewhere, the slow-moving 'Pat Yourself On The Proverbial''s picked-chord combinations soak up discordant harmonies effortlessly, leaving an otherwise fairly unimaginative song feeling soothing. Aside from these two, even the songs that are little more than uninteresting chord progressions have their listening lives prolonged slightly by lyrical whimsy, although it's not often enough to stop them quickly fading from memory.

Yes! Tinnitus! is easily the better of the two major Shooting At Unarmed Men releases. Any bad moments are left redundant by the clever ones, yet it is the songs that leave you unaffected that end up tipping the scales; it isn’t bad, but it just doesn’t quite come together. The salt in the wound is, after the tenth and final track slowly staggers across the finishing line and you’re left to reflect, there comes the sound of rewinding tapes, before the album in its thirty-three minute entirety is repeated all over again, to remind you just how close this album came to being properly memorable.