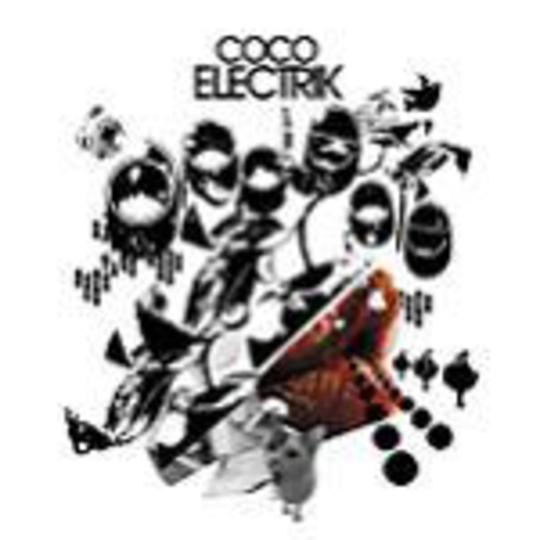 Wow, this is kind of addictive. Consisting mainly of one excellently-named Anne Booty, Coco Electrik are one of those bands that dip as much as they can into their musical cauldron and wait until something resembling pure pop comes out – a bizarre way of doing it, you’d think, but it works wonders. And ‘Apple Pie’ is just that, a slinky, sultry glam-punk-funk-soul-dance-r-and-b song catchier than syphilis and understatedly funky. The beat gyrates, splinters and clicks like it’s a metronome running on Prince Meridian Time as a wash of multi-toned synthesisers swirl all over it, creating the sort of atmosphere that manages to be both ambient and unavoidably danceable at the same time. Meanwhile, Anne makes with the subtle come-hither vocals that occasionally sound like a certain Kylie singing down the neck of a broken bottle, and presto! The potion is complete. Think a much less annoying Moloko, or maybe even The Knife if they spent more time shopping for hotpants than ultra-rare techno twelves, or what Goldfrapp should, by rights, sound like by now.

Not only that, but they only go and let disco nihilist Skylab royally beef up the original into a slab of molten filth. Sticking into the original an almighty stomping beat straight from Marilyn Manson’s more military moments, a set of twitching handclaps and some jingling bells, the remix exudes a snarling glam-house attitude unmatched by other current acts thinking they’ve got it in spades. Imagine if The Sweet were still about, sold their guitars and started sampling Stock Aitken and Waterman records instead. Then imagine it was really sexy. You dancin’ yet?