Every Red Heart Shines Toward The Red Sun 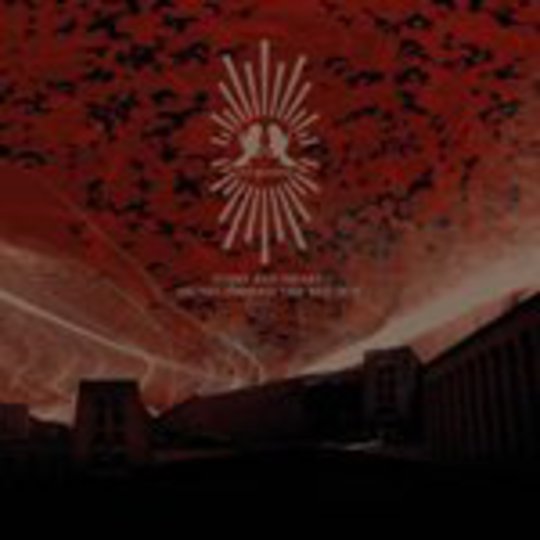 A band like Red Sparowes can be infuriating for a reviewer. A band that have so many elements worth writing theses on, yet none that can be summed up in a catchy phrase or even a short paragraph. It's no coincidence that the track titles of Red Sparowes' second full-length, Every Red Heart Shines Towards The Red Sun, consist of one hundred and ninety eight words; everything about Red Sparowes is almost-ridiculously overblown. Almost.

Indeed it would be easy to ridicule Red Sparowes, to dismiss them as nothing more than prententious post-rock copyists, and on the first listen it is very tempting. Then a second spin drags you in further, and you begin to notice the subtlety amongst the cloisters of noise in ‘Like The Howling Glory Of The Darkest Winds, This Voice Was Thunderous And The Words Holy, Tangling Their Way Around Our Hearts And Clutching Our Innocent Awe’.

A third listen leaves you haunted by the calm after the storm in 'Annihilate The Sparrow, That Stealer Or Seed, And Our Harvests Will Abound; We Will Watch Our Wealth Flood In' and the wounded piano swells that introduce ‘Millions Starved And We Became Skinnier And Skinnier, While Our Leaders Became Fatter And Fatter.’; by the fourth listen, the jawbreaking powerchords of ’We Stood Transfixed In Blank Devotion As Our Leader Spoke To Us, Looking Down On Our Mute Faces With A Great, Raging, And Unseeing Eye’ will leave you grinning like a Cheshire Cat thrown into dementia by the thought of an eleven-dimensional universe.

Red Sparowes' slow-burning recipe of quiet-through-loud is anything but original, but the way the ingriedients blend is totally unique and gradually bewildering. It's obvious that some ideas - the burning walls of guitars and the insistence of clear melody even in chaos - have been taken from the band member's other projects (including Isis, Neurosis and Halifax Pier), but everyone brings something fresh to the table, and it is this that sets Red Sparowes so high above the rest of the post-rock crowd. This is claustrophobic, driving instrumental music that will appeal as much to fans of Henryk Gorecki, Godspeed You! Black Emperor and Ennio Morricone as it will fans of those parenthesis-ed parent bands.

It is almost impossible to carve a niche in a genre as restrictive as post-rock, but with their Heaven-sent melodies and their plunging riffs of brimstone, Red Sparowes have drilled a planet-sized chasm. Pretentious as it might be, Every Red Heart… is a work of (knowlingly) epic proportions, looking boldly past any restrictions or expectations into a star-filled midnight sky. It's thrilling stuff, but in the end, if the truth be told, words really fail to describe it.

Some Thing Came Up