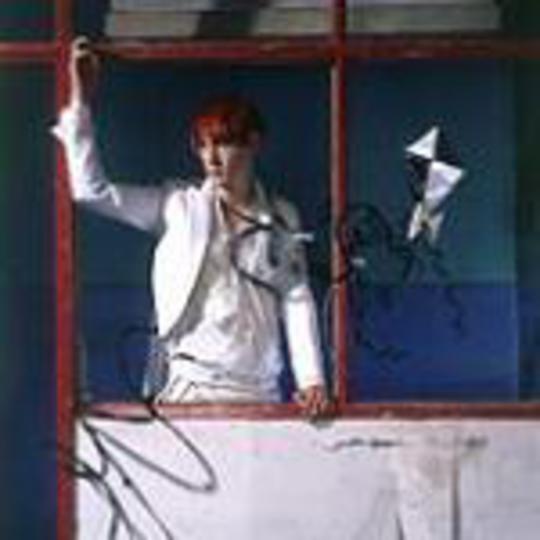 This single is taken from Patrick Wolf’s forthcoming third album, The Magic Position. From his earlier work we have come to expect whispering folk mythology mixed with electronic beats and complexity... and ‘Accident and Emergency’ indeed boasts both the beats and the unexpected instrumentation (here brass and sirens) which are by way of being Patrick Wolf trademarks.

However, in comparison to some of the older stuff, this feels incredibly simplistic. That element of strong electronic rhythm has taken over the song, overpowering all other components, and the other instruments and the tune itself tend to cling to that beat. This adhesion to rhythm takes over one’s impressions and makes for a song which feels one-dimensional, lacking the flesh and subtleties which made songs like ‘The Libertine’ so entrancing.

Above this, Wolf’s vocal line stylises its way through a lyric on the subject of fighting through dark times and emerging stronger: “Accident / Emergency / Bringing out the best in me”. It’s a simplistically worded message, and it’s possible that the directness of the melody was specifically crafted to emphasise that straightforward quality. But from where I’m standing this just makes it all feel kinda superficial, lacking the complexity and depth which would allow the optimism to ring more true and feel more enduring and less reductive.

Still, roll on a possible next release which might maintain the optimism but make something more rich and alive out of it. After all, 'happy' doesn't have to mean 'simple', does it now?

Kick Up The Dust (single)

God Is An Astronaut

All Is Violent, All Is Bright