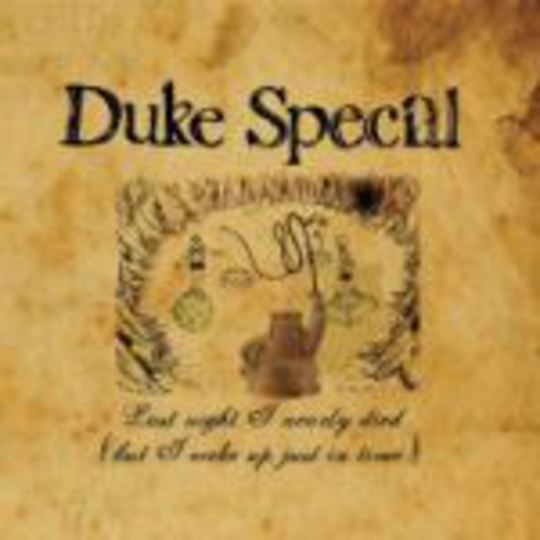 It’s a pain in the arse trying to think of a name for a band, especially when you hope to capture the essence of something so intrinsically intangible. Fortunately for Belfast musician Peter Wilson, he hit the nail on the head with the moniker Duke Special. With the rusty air of vaudeville, it’s as though he’s emerged from the yellowing pages of a children’s fairytale. In fact, despite his dreadlocked look, he’s more of a misunderstood, romantic court jester than a grungey old Ned’s fan.

With clean production and a preference for tip-toeing around the darker side of life in favour of more lush imagery, Duke Special has toured his self-proclaimed ‘hobo-chic’ with The Beautiful South and The Divine Comedy. Like much of his forthcoming album, Songs From The Deep Forest, this single sounds as though it was made for entertaining huddled crowds on cold winter evenings in the echoing halls of old theatres while they await the main act. Unfortunately, there’s nothing more to discover with repeated listens. Strings, brass and piano dance around his gentle, clear voice, building and fading with each line but it’s the stuff of pleasant background music and won’t induce the same heart-stopping epiphany that Wilson had when naming his project.