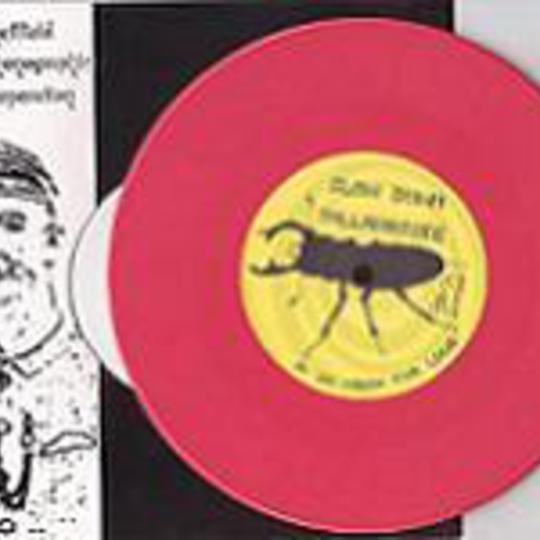 One good thing about Valentine’s Day is that, if you’re not in a relationship (or, if you’re a sensible type, even if you are), you can UTTERLY FUCKING IGNORE IT.

The other good thing about it is that it prompts bands to release bitter, grumpy singles about how useless romantic hope is and how you’d be better off giving up on the idea of True Love and settling on a more realistic goal, like walking to the moon. And it prompts other bands to release sweetly yearning singles which, if merely released on VD* due to spur-of-the-moment-convenience factor rather than of the mawkish cash-in type, can be quite good.

Slow Down Tallahassee have decided to take both these traditions and merge them into one “it’s all hopeless and useless but let’s be optimistic anyway”, melancholy yet upbeat ‘80s girl-group lo-fi fuzz-pop tune. It’s called ‘So Much For Love’, and it has lots of keyboards, tinny drums, naïvely sweet harmonies – and handclaps aplenty! Hurrah for handclaps!

SDT are unashamedly revisionist, and there’s little here in the way of transcending their influences and forging a new/individual take on the genre. Which is kind of a shame, as their love of the sound indicates that they might be rather good at doing just that and at staying true to the spirit of things while they’re about it. But don’t lets be grumpy about that, because a) it’s early days yet for this lot; and b) its derivative nature doesn’t stop this nostalgia laced sugary pop confection being an enjoyable dose of transiently danceable noise.

*An inappropriate yet fitting set of initials, that…

One More Won't Kill Us