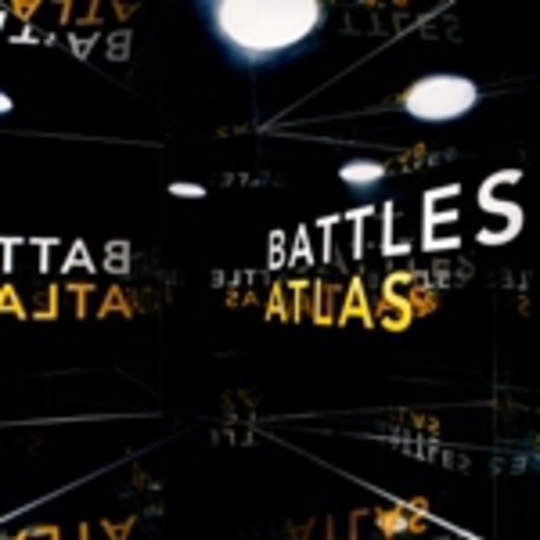 Or: how Battles shrug off every half-arsed label pinned to them in four and a half minutes and write the single of the year.

Where do I start? Ideas jet past me, barely gracing my brain for milliseconds. Some manage to exist for long enough to be scribbled down, others fall miles short from the nib of my pen until the next listen. It takes a steady head and a clear mind to penetrate the world of Battles. Who knows what it takes to create it.

Those familiar with the American four-piece, compromised of past-and-present members of Helmet, Tomahawk and Don Caballero, know of their incendiary live performances and their stubborn, ultra-technical yet highly-danceable instrumental math-rock compositions. Yet before hearing_ 'Atlas'_ the listener is advised to forget everything they know, because in four and a half minutes (or just a shade over seven minutes on the full-length album version) they completely rewrite their own formula.

‘Atlas’ rides in on a syncopated beat eerily similar to that of Marilyn Manson's 'The Beautiful People' and is soon soaked with samples and subtle beat-boxing. What is immediately evident is that Battles have ditched previous minimalism in regards to sound space and have left no crevice empty, submerging every passage with layers of electronics and organic beats.

Then the vocals kick in, and things eschew even further. At first frontman (to some extent) Tyondai Braxton's vocals, altered in pitch to resemble a synthesised falsetto, seem childlike. But as they collide and combust against John Stanier’s ever-changing drum patterns they take on a more sinister form, filling the track with a nervous energy. The build-up is reminiscent of Animal Collective circa-Feels in that its jilted form hides the core of a great pop song, one that could breach mainstream radio airplay if it limited itself to a finite amount of directions and dimensions.

And once these layers are laid down the last two minutes warp the structure into an Escher-like mess, with the band spitting out time signatures like chewing tobacco and making near-infinite transitions between quiet and loud, cohesion and incongruity until whatever slight clutch you had on the song is ripped away. That the full-length version goes through three minutes more of this should tell you what to expect from their forthcoming album, Mirrored

Too much for one man to put into words and too much hyperbole to believe without exterior assertion? Perhaps, so here are further opinions from the DrownedinSound message board:

JungleKing "Amazing. So good that they are proving their intelligence by not just making more of the same music - progression and totally new ideas"

TobyTheCat: "Excellent song. It's really growing on me now - wasn't sure about those vocals when I first heard it, but now I think it kind of suits them. In a weird way.

TheAlbatrossConspiracy: "Do you not think that _'Atlas' sounds a bit like a hamster dance? (not that this is a bad thing, I've had it on cold hard repeat since I heard it)_

In case you need any sort of reaffirmation, 'Atlas' is not a song you will get straight away. It’s likely you will go through five phases:

Phase One: "This is terrible. Whats with the vocals? And why have they ripped off Manson?"

Phase Two: "Hmm, it has a good beat but I can't get round those vocals."

Phase Four: "Fuck, this is great. Single of the year."

Phase Five: "I really should stop dancing around and clean up that pool of saliva, urine and faeces... maybe after five more listens..."

But to say that it is merely a 'grower' severely diminishes the band’s velocity. 'Atlas' operates at an astounding rate, overriding your chemoreceptor, sending your body into spasms of unadulterated joy. Is it a work of complete originality? Of course not – even ancient native tongues were born from sub-mammalian groans – but Battles' primordial gumbo of math-rock, post-rock, straight-up-rock and pop is unlike any other; it takes familiar ingredients and blends them in a new way.

Whether singular or of a quantity reaching into the billions it's the ideas that survive the passage through the hippocampus that truly matter, and on 'Atlas' every idea is realised with a breath of genius. Utterly spellbinding, absolutely unpredictable and completely unforgettable.