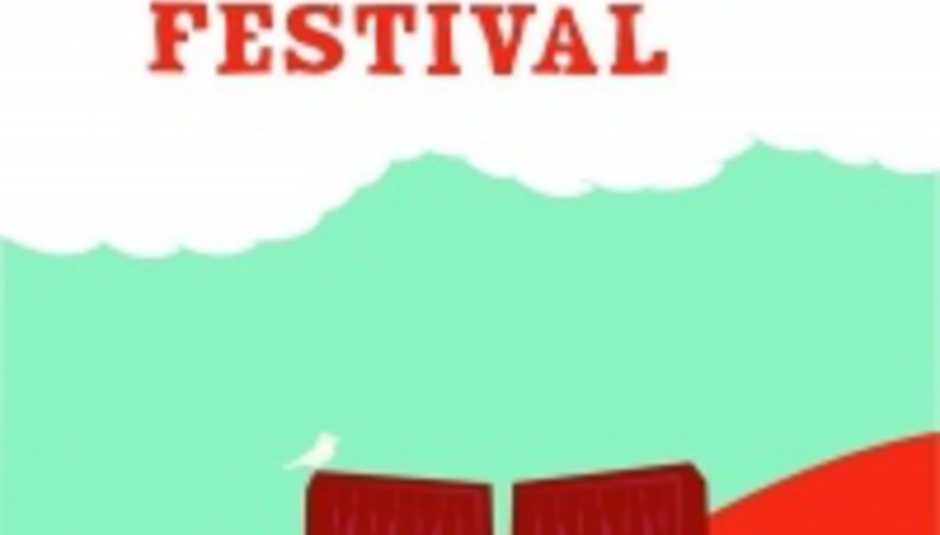 End of The Road Festival

End of The Road Festival

It can’t be that hard, can it? Find a field, book some bands, keep everything low-scale and independent, and hope it stays warm enough to relax in the sun drinking quality cider in your shirt and sandals. At least, that’s possibly what Sophia and Simon, the organisers behind the very first End of the Road Festival, had running through their minds last summer. Inspired by their experience at last year’s Green Man Festival, they decided to stage their very own event deep in the heart of the English countryside, picking the best bits from the likes of Green Man and Bestival whilst also creating a unique and inviting atmosphere all of its own.

And thus, deep within the beautiful tranquillity of Larmer Tree Gardens, near Ludwell in Dorset, the very first End of The Road Festival was born. Quintessentially English in feel and intimately grassroots in production - and with quirky features such as the working piano in a secluded part of the gardens, squawking parrots and peacocks darting about and precisely no advertising boards or sponsors’ placards situated around the site - it was a positively fresh, chilled-out experience from the very start. And then, of course, you have the music. Boasting a plethora of underground talent as well as rising names such as Guillemots and Tilly & The Wall, it was as much a time to discover new favourite bands as it was to catch up with old ones such as Ed Harcourt and Ryan Adams.

Arriving on the second day I’d missed the remarkable talents of M. Craft as well as the aforementioned Mr Harcourt, but I arrive just in time to catch the Devil and Daniel Johnston DVD being screened in the Pavilion, situated in the heart of the gardens itself. It’s something I’ve been meaning to get hold of for a while now, so had me rooted to the spot until the very end.

Something that should also be mentioned is Swedish co-organiser Sophia’s distinct efforts in bringing a little Scandinavian influence to the festival, whether it’s the Swedish snacks on offer, the opportunity to take part in the ancient Viking game Kubb in the Pavilion, or the Saturday night Scandinavian showcase just about to get underway in The Bimble Inn tee-pee. The first act I catch here is fun-pop instruMentalists Hemstad, from Gothenburg. Laying out a thoroughly entertaining feast of sugar-pop hooks and unashamedly retro feel-good vibes, the tiny tent soon swelled with eager souls desperate to soak up their sunshine grooves - and join in the manic handclaps, of course!

Two-piece Suburban Kids with Biblical Names appear next, having swapped sets with Christian Kjellvander, and are immediately off to a good start when the Swedish contingent (including various members of Hemstad) begin singing along to their danceable indie-pop tunes at the front. And with refrains like “noodles are the smell of denial you will never grow up” in ‘Noodles’, who can resist joining in as well?

A quick wander through the trees and into the beautiful confines of the main stage sees British Sea Power drifting through their set. I’ve never taken to them on CD and watching them onstage this evening is roughly akin to watching my nan knit. Sorry lads. Simple Kid doesn’t fare much better, putting up with heckling from a certain DiS scribe as his painfully bad songs are laid bare alongside the creative might of Guillemots after him.

But before them there’s just time to catch a bit of Badly Drawn Boy on the main stage. The last time I caught him he’d come under fire for his sloppy, lacklustre performances and while he’s spent no little time in getting his act together this was at times a fairly mediocre performance, dragged down by the average song-writing of his later efforts. It was redeemed, however, by touching acoustic renditions of ‘Once Around The Block’ and ‘The Shining’.

With Guillemots mid-way through their set we skirt round to the Big Top and sit cross-legged in front of the barrier. Dressed in a galling yellow plaid suit, the brilliantly-named Fyfe Dangerfield is a spectacular sight, convulsing and shaking his hair about behind his keyboard like the enigmatic spawn of David Gray and Elton John. His voice, similarly spellbinding, soars through wistful, majestic curves begging for an 80-piece orchestra to blow the canvas off the tent and send them skyward from whence they came. Breathtaking stuff.

As the night draws to a close we stumble over to the cosy Bimble Inn tee-pee, drink tea and talk nonsense with total – yet really quite beautiful - strangers before retiring to our sleeping quarters (that being the seats in my van). We do so via the soon-to-be legendary Pie Minister stall and somehow talk them into handing over a Thai Green Chicken pie for the princely sum of £2.26. Awesome.

I wake up around 10:30am to the unforgiving morning rays that are slowly cooking me alive in the van. I mean, this is September, right? After sitting down for some breakfast we overhear I’m From Barcelona starting up on the main Garden Stage, so we down our tea and prepare ourselves for what bizarre multi-instrumental pop maelstrom these 28 Swedes have cooked up for us.

Predictably repetitive á la Polyphonic Spree, yet hypnotically carefree, it’s a well-choreographed performance complete with bubble machines and fluttering confetti that has dads dancing with kids on their shoulders (theirs presumably), and the rest of us humming along to their damn pop songs for the rest of the day!

Jeremy Warmsley does a sterling job at bringing us down from the clouds again with his geeky indie-boy charm. His is a thin, wiry voice that’s perhaps not to everyone’s tastes, yet it’s the subject matter behind his songs – all frail self-deprecation – that wins over this writer.

After spending an hour or two sauntering through the grounds with a pint of warm Cider Brandy and perusing the Rough Trade racks I head over to the Bimble Inn once more for Rose Kemp. Undoubtedly the ‘find’ of the weekend, alongside Hemstad, her set sparkles with a beautifully dark, intensely personal strain of song-writing that brims with both passion and angst in an uncommonly natural way.

After such a performance punk/blues legend Holly Golightly seems merely dated and bland in comparison. She’s cool enough to sing along to in the car, sure, but with the likes of Guillemots, Hemstad and Rose Kemp having got me excited I’m not quite ready for a come-down just yet. Which is where Tilly & The Wall come in. Oozing a pure party-pop vibe, this Nebraska quintet play a countrified blend of off-centre indie-pop that tugs at your heart whilst their incessant tap-dancing has a strangely captivating effect on your feet.

With our toes still tingling we make our way back across the field for a cosy set from songstress Emmy The Great. Reciting her stories with a brazen, wild-eyed force, this girl really knows how to grab your attention, staring through the heart of the crowd while her voice flutters beautifully under the tent canvas. It’s a nice surprise to see Jeremey Warmsley providing keyboard accompaniment at the side of the stage, too.

And as the late-summer sun finally retires behind the clouds she’s unfortunately the last act I catch at the festival, the prospect of a drive across the country something I’d rather accomplish while I’m at least vaguely awake. Before I leave I receive confirmation from the organisers that despite a relatively sparse crowd, the festival will return next year – not bigger and bolder but, thankfully, exactly the same. Never has the end of the summer seemed so exciting.