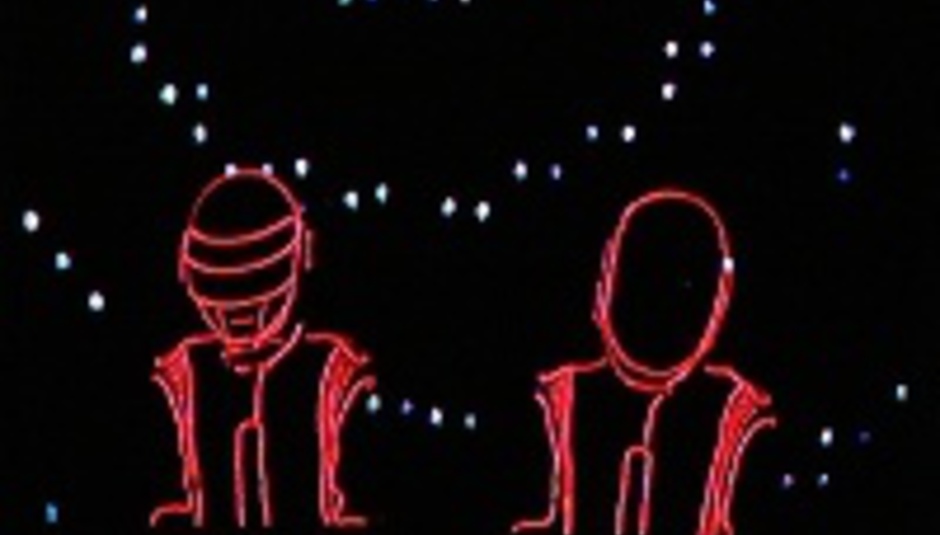 T’other weekend, London’s Hyde Park played host to the now annual (and twin-site) O2 Wireless Festival. Across four days, the park saw the likes of Faithless, Kaiser Chiefs, Mark Ronson, The Rakes, The Twang, The Pigeon Detectives, Mumm-Ra, Editors, Just Jack, Aim and Kid Harpoon play sets that a bunch of £50-pound-men and their lagered-up mates jumped about to like loons, or something. But, mercifully, some decent acts also passed through. DiS was on site to catch them. Not literally, you understand – that would require a net too large for men of our stature to handle.

Until Josh Homme and company turn up at the respectable but hardly rocking time of 7.20pm, the first day of the third edition of Wireless doesn’t feel much like a festival. In fact, it barely feels like an afternoon of music in a park, leaning closer to an endurance of test of bands who, at best, are stunningly mediocre. At their worst, they’re appalling, and yes we do mean you, Scouting For Girls. There’s no need to name names beyond them, though – check the bill and you’ll work it out.

Queens Of The Stone Age however, manage to switch things up and around dramatically. In the pantheon of Stone Age shows, this is hardly up with the best; in the context of a languid, shoddy day in Hyde Park though, it proves to be an epochal, earth-shattering affirmation of what a rock ‘n’ roll show should be. There’s nothing too fancy stage dressing wise – the odd nouveau gothic lantern is strung up – and no real nod to festival fun and frolics. The band simply does what they do best: playing hard and fast with a hefty wedge of self-belief and a thin-lipped attitude of ‘fuck you’.

A relatively brief visit to the main stage mixes tracks from Era Of Vulgaris with a generous handful of ‘hits’, creating a near-seamless set that disabuses notions that new material is either wayward or less-meaty than what preceded it. Naturally it’s both on the mark and typically pulverising. ‘Sick, Sick, Sick’ throws off what few constraints it might have on the record and crushes the crowd to a mere residue. ‘Into the Hollow’ swoons and careens seductively like a silk-clad vulture, and ‘Turning on the Screw’ then assaults the crowd like a psychedelic robot bastard.

Amidst a flurry of new songs, ‘Little Sister’ shakes the crowd out of its Bees- and Thrills-induced slumber, while ‘The Lost Art Of Keeping A Secret’ signals party time as the five-piece sling out songs like ‘Feel Good Hit Of The Summer’ and ‘Go With The Flow’ in quick succession. The latter sees what’s perhaps Wireless’ first proper mosh pit in its brief and dank history, as Homme breaks down the track to menacingly croon, “you dance like you fuck, you dance like you fuck.” Over and over it goes, before the song explodes back into its pharmaceutical-embracing finale.

Really, the Queens shouldn’t be at Wireless – it’s beneath them and really quite wrong. The irony of pitting the bitter sarcasm of ‘I’m Designer’’s anti-corporate sneer against appearing at the most heavily branded assembling of ticket-waving punters this side of a Formula One event might have been lost on them, but they can be forgiven. After all, they do remind us what the hell a rock ‘n’ roll show is meant to be about.

Queens are followed, what feels like fairly swiftly, by the most famous two-piece in all of these lands. Despite their popularity, though, we’ve had some misgivings about The White Stripes’ new album: there are bits on it where it sounds like Jack’s finally lost the plot. But a few minutes into their headline performance at Hyde Park the doubts melt away in the fiery intensity of that man’s guitar, as he tears into an electrifying rendition of ‘Icky Thump', rendering its rudderless recorded counterpart a happily fading memory. It’s a humbling feeling, like an errant sheep returning to the flock. Because, as much as it feels like bleating the bloody obvious, who else could fill festivals with nought but a beat-up looking toy guitar and a pair of sweaty red trousers. Who, indeed.

They follow up the new single with the brilliant heavy soul of ‘I’m Slowly Turning Into You’, a delectable cut from the new album – more like this and we wouldn’t have questioned nuffink. After this the band stick mainly to their rapidly mounting back catalogue, delivering a crowd-pleasing set that remains a visceral thrill, even if it’s lacking somewhat in the surprise-factor stakes. That isn’t to say they’re averse to playing with audience expectations a little – this is a White Stripes gig, after all – and some of the dramatic pauses eked out in between the bouts of ear-bashing could almost have been included to weed out the strong casual contingent in the crowd. You know, the ones that look like they’ve wafted in off the streets on a tip-off from The London Lite. Jack even changes his guitar midway through ‘Seven Nation Army’ to play the solo, the cheeky beggar.

The incendiary ‘Jolene’ remains their finest cover, while their version of Son House’s ‘Death Letter’ is by now such a well-worn pleasure they could play it in their sleep and still have the hairs on the back of your neck standing to attention. One small gripe: their penchant for medleys is all well and good, ensuring as it does that their sets retain an air of spontaneity. But Christ, there’s more of them than a Pop Idol audition five minutes before chucking-out time.

But enough of that: like QOTSA before them , The White Stripes dare to imagine what rock can be in the 21st century, but Jack also reinvents the wheel on being a proper rock star. Equal parts ascetic and showboating performer, onstage there’s only ever one winner, and when Rock ‘N’ Roll Jack unleashes hell on blues wig-out ‘Ball And Biscuit’, it feels purging, redemptive even, the dirt and pain of a million shit gigs being seared off from a hundred paces.

They might have tarted up Wellington Arch on Hyde Park corner in honour of the new album, but never mind the lavish ad campaigns: The White Stripes haven't forgotten how to get back to basics.

Two days later – we skip the Faithless-headlined day for folk who haven’t moved on, musically, for a decade or so – DiS returns to Hyde Park for a day of dance.

CSS are up against Simian Mobile Disco, and DiS does its very best to catch both. The Brazilian sextet prance about the main stage, balloons in their knickers and little crosses on their keys (presumably showing them what to press), but their hollow material – all style and surface glitz over anything nearing a quality that leads to a career of longevity – echoes across London’s central open space with barely a sensible attendee giving a monkeys. And Lovefoxxx, please: didn’t Karen O pull those same moves three or four years ago? Shouldn’t we really be demanding more from our contemporary pop stars in the making? Yes, we should, so we stroll to the Xfm tent and something of a rave.

Simian Mobile Disco attract a flipping huge crowd to their set – as soon as DiS enters the tent we’re pushed back by a rippling ribbon of impenetrable bodies, squirming and worming their way across the grass to the sound of a dance duo peaking at just the right time. With so much competition around them in the summer of 2007, SMD’s Attack Decay Sustain Release had to be a belter; thankfully for all parties involved it is, and those bruising the shoulders of complete strangers in the dark of a Hyde Park tent are absolutely swept away by its finest beats. DiS, though, isn’t able to get into a position to fully appreciate the dynamic duo – back to the bar to refresh ahead of what should be another star turn on the main stage.

James Murphy’s LCD Soundsystem appear in their full-band format, with live drums and guitar fleshing out the smooth tracks of Sound Of Silver’s greatest moments into a celebratory run-through of classics in the making. ‘North American Scum’ is dispensed with early – Murphy screeches into an archaic-looking microphone that neatly summarises the band’s out-of-place look on a day of youthful upstarts and trendy teens orbiting the various stages, brightly clad and Vice schooled. They do look like the dads of the cool crowd in front of them, who’ve accidentally wandered onto the stage only to find a fair few thousand fans bursting their lungs to sing back the words of ‘Daft Punk Is Playing At My House’ and ‘All My Friends’. Of which, of course, it seems LCD have a lot of.

Of course, Daft Punk aren’t over Murphy’s place: the two anonymous men in space cadet helmets arrive at Wireless in a cloud of anticipation far larger than that surrounding any other act performing at the event. Why? Given that Guy-Manuel de Homem-Christo and Thomas Bangalter are sitting at home in Paris watching proceedings via webcam for all we know, as two shiny-suited roadies press the ‘on’ button, it certainly isn’t for showmanship from the French funk freaks in front of us.

As soon as the tumbling drums of ‘Robot Rock’ fall out of the speakers (which border on ‘fairly loud’ for the first time in the day) and the twitching, drug-addled day trippers that make up a fair percentage the crowd burst into involuntary life, it’s immediately easy to remember why the duo are so heavily revered across many boundaries of musical taste and style.

Offering up a comprehensive mix of pretty much every popular Daft Punk track ever, the set evolves like a modern day house interpretation of the Grease mega-mix. ‘Technologic’ is the next offering to send the assembled throng into drooling incomprehension, whilst a dual attack of ‘Around the World’ merged into ‘Harder Better Faster Stronger’ leaves the nu-rave kid in all of us in raptures.

The only real disappointment is that the whole affair is set against a dusk backdrop, reducing the obscene lightshow – a liquid-crystal pyramid platform set against super-size glo-stick scaffolding – a fraction. If it were pitch black up there this would rule. But that’s the price you pay for a bit of midsummer madness. And a 10.30pm curfew.

As the ground-shuddering bass line that precipitates ‘Da Funk’ comes into aural focus, mixed with a cheeky snippet of Stardust’s ‘Music Sounds Better With You’, it isn’t hard to reach the conclusion that Daft Punk are the granddaddies and the likes of Digitalism, SMD et al have a long way to go. No disrespect, boys, but Da Punk are harder than you, stronger than you and, my God, better than you. To paraphrase.

Lead photograph by .hmuk., from Flickr.com.